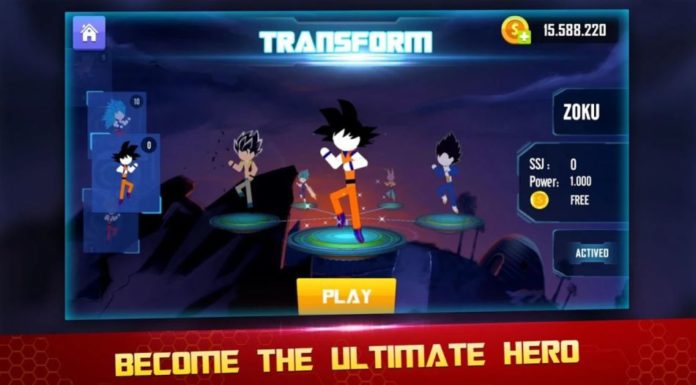 In today’s article we are going to share with you all of our Stick Z: Super Dragon Fight tips and cheats and give you the knowledge necessary to defeat all the opponents that you encounter.

If you are a fan of Dragon Ball Z, then all you need to know is that this game is basically the DBZ characters, reduced to stick figures and fighting continuously in a Mortal Kombat kinda game, but for mobile and with much less simplified graphics and moves.

Overall it’s pretty fun and exciting, but you will have to play quite a bit to unlock everything! Therefore, let’s not waste another second and dive right into the Stick Z: Super Dragon Fight tips and tricks right here below!

Collect all the coins you see!

There are several ways that you can collect coins in this game, and we are going to tell you all of them! But firstly, you need to know what you should collect the coins for.

Basically, the coins will help you unlock characters, upgrades for them and thus let you have a way stronger hero which will deal insane damage. The problem is, you will have to play quite a bit to collect a ton of coins, because some of the upgrades and characters cost a lot, so it needs some time invested.

Here’s how you can get coins for free:

– You get coins when you win fights, and if you choose to watch an ad you can double them!

– You can get coins from spinning the lucky wheel of fortune!

– You can get coins from daily log in rewards – simply log in to the game and claim the rewards!

– You can get coins by picking them up during your fights (when they fly into your screen)!

I suggest that you try and win every single fight and claim the coins doubled by watching an ad, since that is one of the quickest and surest ways to gain coins constantly, without having to deal with hours of waiting for log in rewards and such.

Pick up the flying bonuses

During your fights, you will often see Beans and various other buffs (and coins, as we mentioned before) flying towards the screen. Some of them will come straight at you, while for others you will have to move your character manually to collect.

I suggest that you always try and pick up everything that you see, because they will definitely come in handy sooner or later, even if just for helping you dodge incoming powerful attacks!

Don’t be a sitting duck – fight back!

One of the easiest ways to lose fights is to stand still and just attack. It’s really bad if you won’t move your character at all, not to mention that it’s going to ensure your loss most likely.

What you should do instead is watch how the enemy is positioning and know that the opponent will most likely always attack in a straight line. You can easily dodge that if you move your character away from it during the time of the attack.

Another thing you should do when fighting is, once you dodged the incoming attack (you can tell an enemy is about to attack from their animation), move right back in front of the enemy and attack them yourself!

It’s a lot simpler than it sounds, and once you get the hang of it you will have a really easy time winning all of your battles!

How to replenish your Mana

All of your attacks will cost Mana, and some of them a little bit more than others! Well, as you can see, your Mana will replenish over time, but it’s super, super slow!

To instantly get full Mana, just tap on the button with Goku below (the “evolution” button), which is right next to the beans. This will fully fill back your mana and HP and you will be able to continue fighting!

Make sure you do this every time you are low on Mana (or HP – worse!) because it’s a life saver! Basically this is how you are going to pass the stages.

We briefly mentioned before that you can get coins from simply logging in to the game every day, but one thing we haven’t mentioned is that you won’t only get coins, but other goods too – including a new transformation!

All of this can be acquired for free, and all you have to do is simply open the game and claim the rewards every new day! I suggest that you do this even if you don’t really plan on playing the game that particular day, because it’s going to be worth it in the end!

The Lucky Wheel is super easy to play, and you can do so for free or by watching ads to reset the spin! From the Lucky Wheel you can get various good, including coins, Beans, power ups and even 1 week free of ads!

In the game there are a total of 5 characters, and they all cost various amounts of coins. Another thing you can do with them is head on to the “Hero” tab and check them out! On the left side you will see all the transformations for each character.

I suggest that you always try to buy a new one whenever possible, and also buy all of their upgrades. The upgrades will basically increase the number of SSJs a hero has (the little transformations button down next to the beans) and also their power – which will let you take on later levels with ease!

This should be your first priority in terms of upgrades, so make sure you save enough coins to get the best characters!

These would be all of our Stick Z: Super Dragon Fight tips and tricks that we have for you right now! Do you know some other useful game tips that you would like to share with us? Leave them down in the comments section below!