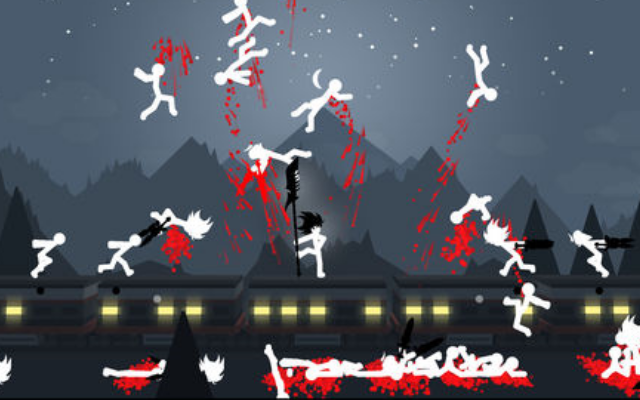 The path of the Shadow Warrior is a perilous but rewarding path, and we’re here to make the journey a little easier. Let’s get started with our Stick Fight: Shadow Warrior cheats, tips and tricks strategy guide!

Always work towards your missions!

Before you can challenge an examiner to earn your next colored belt, you’ll have to complete all of the given missions. You’ll get three missions per belt level and they’ll require you to do things like score a certain amount of points, collect a certain amount of coins, or even die a couple times. You know what they say: no pain, no gain!

Try to keep your mission in mind as you fight through the endless waves of stick warriors. Always try to be progressing, and that means you’ll need to be constantly working towards your missions. If you forget at any time, you can pause the game to review them.

Timing is key in Stick Fight: Shadow Warrior! Don’t rapidly tap – this is the quickest way to get yourself killed! If you tap when no enemies are in range, your stick guy will be momentarily stunned at the end of his attack.

During this small time frame you are vulnerable to attack and if an enemy gets close enough you’re done for! Remember to keep an eye for the little blips underneath enemies. Be patient, don’t tap rapidly, and wait for the perfect moment to strike!

Go for the Coin Combo!

If you’re looking to collect snazzy new hats or deadly new weapons, you’re going to want to collect as many coins as you can. Coins can be earned in-game as they’ll periodically spawn around you.

The tricky part is that more often than not you’ll need to intentionally mistime your attacks so that you move in the direction of the coin. Be careful not to do this too fast as you might run into enemies!

When you collect two coins in a row within a short period of time, you’ll start a Coin Combo. Coin combos multiply the amount coin pickups are worth, and the higher your combo the more coins you’ll earn!

To keep a combo going you’ll need to be quick, and like we mentioned you’ll have to throw yourself in the same direction often. If a coin disappears, your combo will be broken.

Again, the best way to do this is to move in the direction of the coins when there are no enemies present. Attacking an empty space, as you know, leaves you open to counter attack, but as long as you space out your attacks you should be fine.

When you challenge an examiner for a new belt, you’ll face off against a powerful stick… but not too powerful! The examiners act like the red and green enemies. When you attack them, they’ll either back up or switch to the other side. As long as you don’t rapidly tap and focus on the examiner, you should be fine.

That’s all for Stick Fight: Shadow Warrior. If you have any other tips or tricks to share, let us know in the comments below!