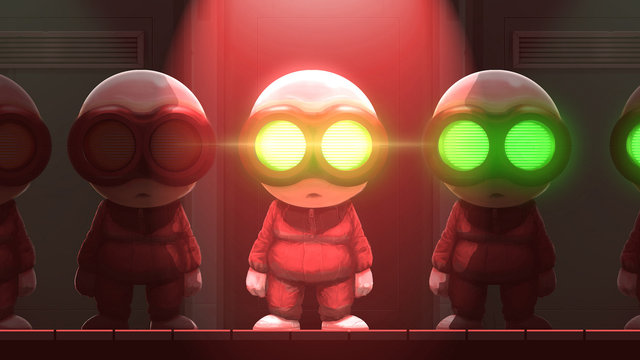 If you like platform games that require a more strategic approach in order to be completed, you’ll definitely become a fan of Stealth. Inc: A Clone In The Dark.

The game, developed by Curve Studios, is a Platform/Stealth game where stealth is the real focus of the gameplay experience.

The game also manages to be a surprise at every turn. Getting discovered is not the end of the game since some of the alarms will not be triggering any trap while others will add so much stuff to the stage that the only choice left to players will be to start from the beginning of the level.

The game’s iOS release has been announced recently by the developers, Curve Studios. The game has been originally released on Playstation 3 and Playstation Vita and, as such, the team has been having some difficulties in porting the game to iOS powered devices. Nothing that cannot be solved with a good amount of hard work: players will definitely be grateful for the extra work.

The game’s formula is really perfect to play on the go, with stages that don’t require much time to be completed. Unfortunately some of the final stages of the game are incredibly difficult in the original PsVita version and some players may get put off by this difficulty spike.

A release date for the iPhone and iPad version of Stealth Inc.: A Clone In The Dark has yet to revealed. In the meantime, you can check out the game’s official Launch Trailer on the Curve Studios Official Youtube Channel.