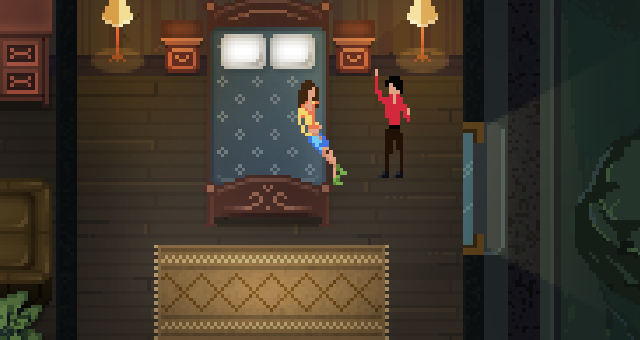 If you’re a fan of over the top games, you probably already know about Party Hard, the stealth game developed by Pinoki Games.

Those who would like to play the game on their iOS device of choice will be happy to know that the game is going to be released soon on the App Store thanks to tinyBuild Games.

Party Hard is a rather unique stealth game where players will have to murder people found into randomly generated locations. To be able to do so, players will have to reach these people without being caught and murder them in a lot of different ways when they’re alone. It will be possible to simply stab them, create fake accidents, drown them and much more. While things are quite gory, it’s really hard to take things seriously thanks to the 16-bit era inspired graphical style and over the top premise, which involves parties going on for too long and music being way too loud.

Party Hard will be released on a yet to be confirmed release date on the App Store. We will keep you updated on the matter as soon as more comes in on it so stay tuned for all the latest news.