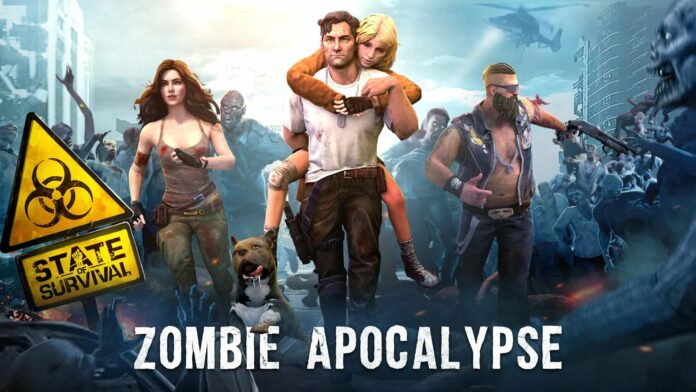 Like most free-to-play games on iOS and Android, State of Survival features different types of currencies that can be used to unlock new features and access many useful bonuses. Among these currencies are Biocaps: they are extremely useful, but they are also very hard to come by, so knowing how and where to spend them is very important.

Biocaps can be spent in a variety of ways. They can be used to purchase Settlement Buffs and items at the regular store, VIP Store and Market Stalls, Legendary Hero Fragments at Ray’s Place, one-off instant completion of building, research and troop training, activate VIP and extend Events. While your current situation determines how you should spend your hard-earned Biocaps, there are a few things that you should prioritize, especially if you are just starting the game.

Settlement Buffs can be accessed via the Headquarters, and provide a lot of beneficial effects, some more useful than the others. An almost absolute must is the Mega Gathering Boost, which speeds up resource gathering. Coupled with other gathering boosts, this will improve your resource gathering endeavors considerably.

Biocaps can be used to purchase items at the Store, VIP Store and Market Stalls. The items available for purchase at the regular store can be usually obtained by playing the game, so they are not particularly worth their Biocaps cost, unless you really need an item for an particular reason.

Using Biocaps to purchase items at the VIP Store is a much better idea, as prices are much lower than in the regular store. The higher your VIP is, the better the item selection will be.

The Market Stall’s item selection varies as the item on sale are decided randomly, but it can pay off to check it regularly, as there are some pretty good deals from time to time.

Ray’s Place is an event that takes place in State of Survival every two weeks. During the event, you can spend your hard-earned Biocaps to get the chance of obtaining Legendary Hero Fragments. As Legendary heroes are among the best heroes you can get in the game, saving Biocaps for the event is a very good strategy that will pay off in the long term. You can even use real money if you so desire.

VIP comes with a ton of benefits in State of Survival, so spending 10,000 Biocaps for a 30-day activation is definitely a good way to go. VIP 4, for example, grants a 10% Construction Boost that is very useful at all times, a boost that is increased to 20% once you hit VIP 9. Coupled with the other benefits you get, spending extra Biocaps for VIP activation is, almost always, a very good idea.

Biocaps can be used to extend Events in some useful ways, like purchasing additional Challenges or Tasks refreshes. Purchasing these extensions is generally a good idea to reap more rewards, so you definitely should invest some Biocaps into them from time to time. In case of any kill events, investing in 24 hours shield is a very, very good choice as well.

Biocaps can be used to temporarily unlock a second building queue, which is extremely useful. If you play State of Survival a lot, it’s probably better to just purchase it permanently, but if you’re more of a casual players, using biocaps for a temporary unlock is definitely a good choice.

Unlocking new features for your Headquarters or improving your troops in State of Survival requires different amounts of time. The first few upgrades don’t take a very long time to complete, while advanced ones will require 30 plus hours.

To speed up the process, you can purchase an instant completion of construction, research and troop traing. Usually, this isn’t a very good idea, as Biocaps can be used for much more useful things, so purchase instant completion only if you really have no other way of investing Biocaps, and need an upgrade as soon as possible.