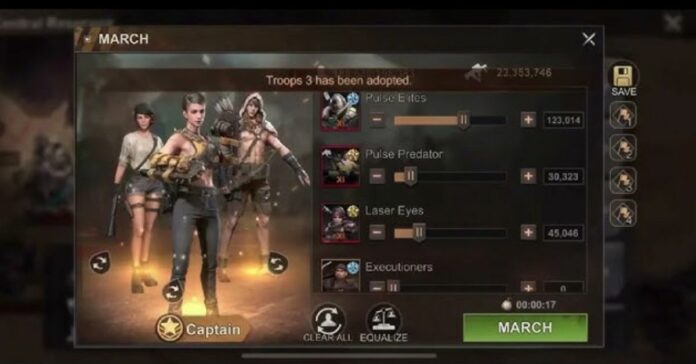 State of Survival is a fascinating post-apocalyptic strategy game with RPG elements about the battle of humanity with the walking dead. The player will have to confront crowds of monsters, face many dangers and show excellent survival skills. There are also many events in the game, and this guide will tell you about Arena of Doom.

This is a special event where players fight each other to get rewards. You have five attempts per day to Challenge your opponent, after which you can buy additional attempts for Biocaps. The ranking system is extremely simple: you need to defeat players with a higher rank than yours. If you win, you will exchange rank with the enemy. Also, the maximum number of Challenges per day is 15.

The battle involves several Marches from both sides. The rules are simple: Players choose the heroes they have, and the troops are automatically picked according to the highest leveled unit type owned by the player.

Pay attention to the following points, they play a huge role in the outcome of battles:

Some Tips For Arena of Doom

Pay attention to the formation of the Marches of opponents, you can find out which formation will be more effective.

You can also contact a player of higher rank and ask him to change his Marches or remove them, so by defeating him you will receive a reward, and you can repeat it the other way around. It is impossible to stay constantly at the top, and all players will receive rewards.