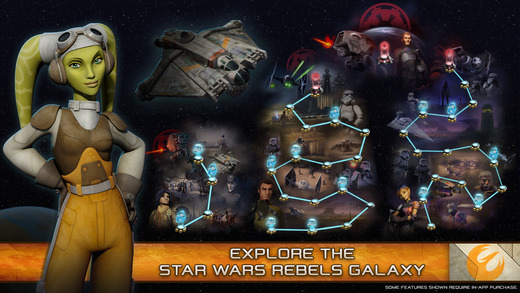 These are dark times. The Jedi are no more, and the Empire has unleashed its tyranny on a distant planet known as Lothal. Take control of rebel hero Ezra Bridger to fight back against the Empire, rescue the innocent, and build Haven into a safe place! Star Wars Rebels: Recon Missions is a the newest entry into the popular Star Wars franchise. Guide Ezra through a 2D platforming adventure with our Star Wars Rebels: Recon Missions cheats, tips and tricks strategy guide!

1. Explore the level for Gold Emblems!

Each level has three gold emblems hidden for you to find. Finding all three gold emblems is key to unlocking upgrades and additional facilities back at Haven, so be sure to explore every nook and cranny of the level! You may even find a secret area that holds a lot of hope tokens.

2. Help the civilian you rescue!

After you complete a level, the civilian you rescue will be transported to Haven. You can then find them and talk to them. If you give them enough hope tokens, they will reward you with an upgrade of some sort, either an ability unlock for Ezra or a health upgrade.

After you help the first civilian you rescue, you will unlock Ezra’s first ability, Rapid Fire. You will have a Focus bar underneath your health bar. Every time you defeat an enemy, the focus bar will go up a little bit. Once it’s full, Rapid Fire will activate, greatly increasing Ezra’s rate of fire. Be careful though, if you take damage the bar will drop slightly. Additionally, there are focus tokens that when obtained will immediately fill your focus bar to maximum.

Upon returning from a level, you will most likely be rewarded with a structure that you can use to rebuild Haven with. Placement of the structure doesn’t seem to matter too much, so just put the buildings down wherever. You’ll notice that there’s a percentage at the top right corner of the screen, and every time you put something down it goes up. This is your general completion rate towards building Haven. Keep putting structures down!

Remember that you can move while firing your gun. This is useful for dodging incoming projectiles! Also remember that you get indicators for off-screen enemies. You can attack from afar, and they won’t be able to retaliate. Keep yourself safe!

Unfortunately, after level 4 you must pay real money to unlock the rest of the levels. These tips should suffice for the first first levels though! If you have anything else to share, feel free to comment! 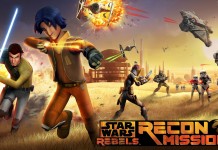