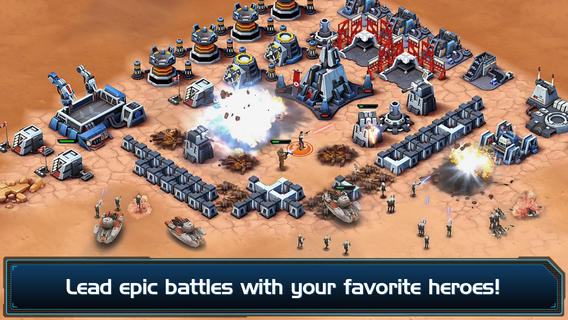 If you’re a fan of the highly successful strategy game Clash Of Clans and also a Star Wars fan, you will be happy to know that a new game combining both worlds will be released soon on the App Store in all regions.

Star Wars: Commander has been recently soft-launched in Australia, meaning that it shouldn’t take too long for it to become available in all regions.

Star Wars: Commander is a free to play strategy game that shared quite a lot of similarities with Clash of Clans. During the game you will have to train troops, build your defense and plan your attacks against enemy strongholds. The Star Wars theme obviously gives the game an edge, as you will be able to use several vehicles and troops taken from the series like the Tie Fighters for the Empire and Han Solo and Princess Leia for the Rebels. Several familiar locations have also been included in the game, something that should make Star Wars fans truly happy.

Star Wars: Commander doesn’t look like a really original game, but it has enough to carry it on and keep players engaged. The game can now be downloaded with an Australian account from the App Store, with a global release currently scheduled for a generic Summer date.