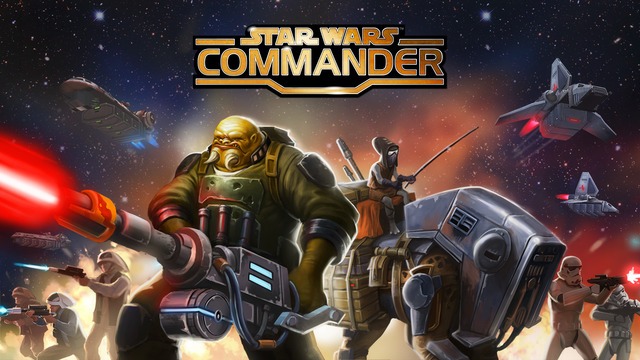 Star Wars Commander, the strategy game based on the Star Wars franchise, has received plenty of extra content since its release last year and a few hours ago more content has been introduced to the game with a brand new update.

The new Star Wars Commander update introduces two unique mercenary units and a new world inspired by the soon to be released The Force Awakens movie as well as a variety of fixes and improvements.

Here are the full patch notes for the latest Star Wars Commander update.

* This release features two new unique mercenary units and a new world, all inspired by species and locations featured in Star Wars™: The Force Awakens™!
* New World: Takodana – Scout and relocate your base to Takodana – featured in Star Wars™: The Force Awakens™ as home to famed pirate Maz Kanata, and known as a hotbed of shady characters from across the galaxy.
* New Mercenary: Luggabeast Munitioneer – An Er’Kit clansman rides this cybernetically-enhanced beast through the battlefield as a mobile armory, boosting damage output for nearby allied units.
* New Mercenary: Dowutin Hunter – A massively destructive specialized mercenary equipped with both thermal grenades and a modified starship blaster.
* Healing/Repair Starship Strikes!
** T-5 Deliverance – Empire Commanders can now dispatch medical and repair payloads to nearby allied units with this heavily modified shuttle.
** E-50 Landseer – Rebel Commanders can now deploy medical and repair payloads to nearby allied units in the field using this adapted Corellian shuttle.
Fixes and Improvements

Star Wars Commander is now available on the App Store in all regions.