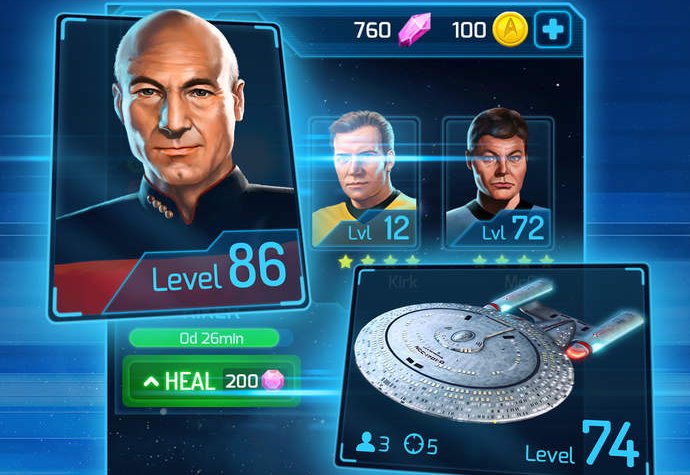 Star Trek – Wrath of Gems is a highly unbalanced and frustrating game at the moment of writing this, but if you are a Star Trek like I am, you will get past these problems and you’ll keep on playing, trying to make the most out of this poor attempt at a game. And to make your life a lot easier, I am here to help you with some Star Trek – Wrath of Gems cheats and tips to win your battles, unlock more characters and have as much fun as possible. Although the last part might prove to be the most difficult of them all…

But let’s not waste a single second and let’s go where no man has ever gone before with some Star Trek – Wrath of Gems tips and tricks!

1. Play the Versus like crazy
You won’t start playing and you’ll already hit an impossible wall in the single player campaign. So start playing and winning matches in the Versus mode. Once you unlock your third hero (in my case, Deana) you should have no trouble winning the matches early on as you will most likely face 2-crew teams. So use and abuse that mode to get the great rewards, including card packs and all the other goodies.

2. Start building up the healing
One of the worst mechanics ever in a mobile game is the health meter of all your heroes. Basically, you can’t play more than once in a row because your heroes will be injured, and that is why you should take advantage of Data’s healing super power as soon as possible: try to match the blue gems early on to increase his healing bar and use it as soon as you have the chance: you won’t be able to keep everybody at max health levels, but at least you’ll have a lot less time to wait for the healing to happen.

Also, it’s really important to have in mind the special skills of your characters. As Data has the blue tiles, Worf has the Red ones and so on. They will increase as you upgrade them and unlock better special abilities. Work on filling those up and use them as soon as you have the chance to get the upper hand in battle.

4. Target the strongest character first – this is what the game suggests and I tend to somewhat agree with this. The strongest character is more difficult to defeat, though and has greater health so in some occasions, it would be best to target the lowest health characters first, especially if they have more than one special skill unlocked. This way, you reduce the chances of them triggering their special skills which are more destructive than the regular attacks.

5. Always start the game by looking for a 4-piece match or more. Your opponent can’t use the special stones created this way and they can offer a great advantage. If you have a 5-piece match, then make sure to use the resulting tile with the one you need the most (to heal, attack or fill up your meters).

6. Always level up your characters and Starship. You will need that because the level of difficulty in the single player campaign is insane. You can still try and have a chance to win single player missions even if the level of your opponent is slightly higher, but you will need more tries for that and you have to be a bit lucky. Worth trying because there will come a moment when you’ll hit a wall and have nothing else to do than hope for some luck to move forward and upgrade your characters.

7. Replay older stages
Another great way to pile up on the resources to upgrade your characters is to replay older stages. Check out the rewards offered for getting the indicated number of wins and be smart when replaying them: start with a character/hero mission, continue with a straship mission and move on to a puzzle/versus mission where you have to collect only a specific type of pieces. This way, until you complete the final mission, your characters are healed and you can keep on doing this.

All in all, Star Trek – Wrath of Gems has some really nice and interesting concepts, but right now it crashes too often, loses connection too often and is highly unbalanced. But hopefully future updates will make this game better – and until then, our tips and tricks will have helped you at least a bit. 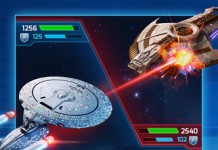