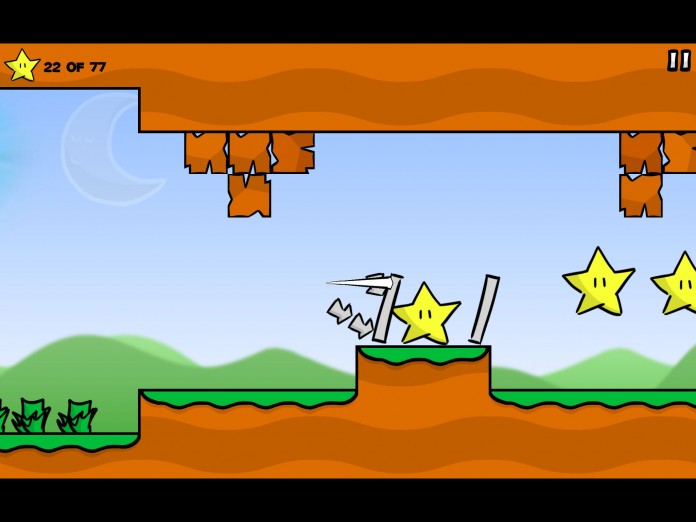 The incredibly charming game Star Thief has now become a free game on the App Store. And it didn’t become one of those free to play games filled with ads and IAPs, either. It’s completely free without these things that damage the gameplay experience.

Developer Bright Night Games has revealed in the update notes the reasons behind Star Thief going free. It seems like the game hasn’t been getting much love lately. And what better way to get plenty of it by going free?

Star Thief is actually a quite simple game. All gamers have to do is tap on as many stars as possible to complete the level, while the screen scrolls from right to left. Don’t get fooled by the cute and colorful graphics, though. Star Thief may look almost like a childish game but it becomes hard very soon. This makes the game actually quite engaging, as very few players would want to keep playing such a simple game for long if it was too easy. The game’s challenge is never unfair, though, making the game even more engaging than what it may seem at first glance.

Star Thief is now available on the App Store for free. Give it a spin when you have the time: you may find yourself positively surprising.