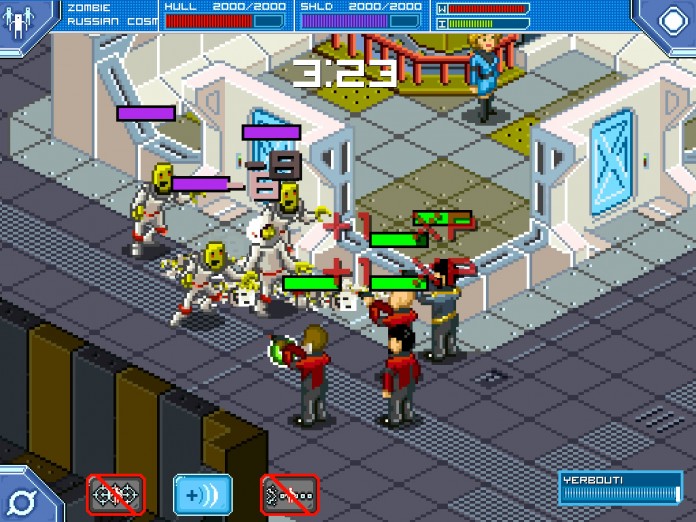 The strategy game Star Command has recently received a new update, which introduces a few new missions and cloud features into the iOS version.

The game also features some nicely detailed 2D graphics which really bring the game’s world to life. At the same time the plot is also incredibly funny, with over the top dialogue that will make going through the game a really enjoyable experience.

In order to achieve victory in the game, you’ll have to be the best captain your ship has ever had, managing its development and how the crew is distributed into its rooms.

If you’re done with the game and want to experience more of the fun Star Command world, you’ll be able to complete a few extra missions which also include some new, never seen before enemies. The new update also introduces cloud saves so you can sync your progress between your iPhone and iPad.

Some gameplay fixes have also been introduced, like new room outputs which make room management easier.

Star Command is now available for purchase on the App Store. You can check out a gameplay video for this space simulation right below.