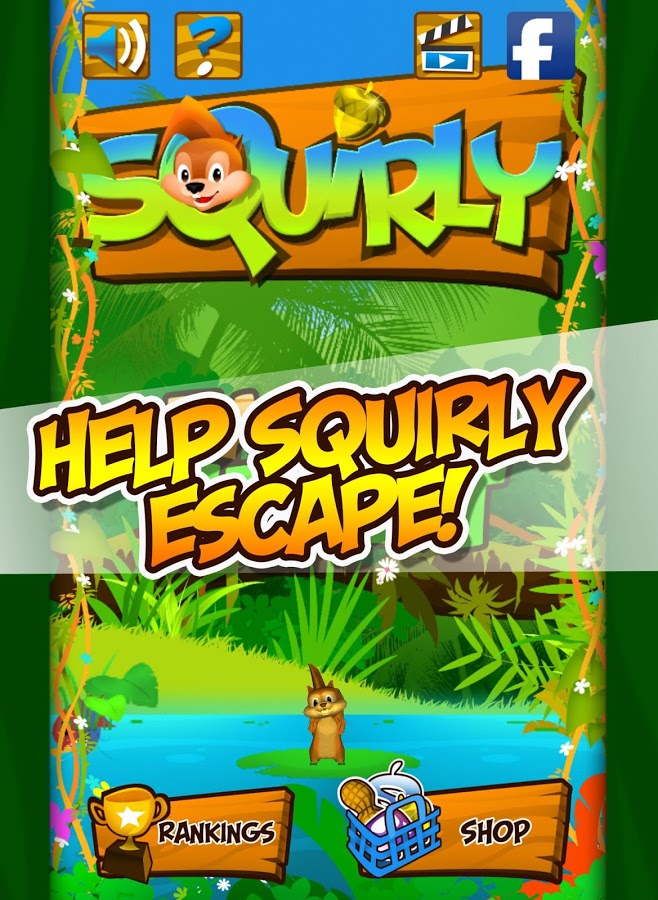 Squirly is a simple, fun to play endless runner game where you dodge snakes and tree branches to collect the squirrel’s most coveted item: acorns! Squirly is just like any other regular squirrel but he’s been kidnapped by an angry bird. He manages to escape, but now he’s found himself in a mysterious jungle full of deadly snakes. Guide Squirly through the treacherous jungle while collecting all the acorns you can with the help of this Squirly cheats, tips & tricks strategy guide.

Those acorns aren’t going to grab themselves, so help Squirly take flight with this Squirly cheats, tips & tricks strategy guide.

Don’t miss any of the acorns!

When you collect several acorns in quick succession, you’ll start building up a multiplier. This is the main method of obtaining a high score; keep your combo going and remember that if you miss even just one or two acorns, you’ll lose your multiplier bonus! The highest the multiplier can go is five.

The center of the screen is usually the safest!

Most of the time you’re going to want to stay in the middle of the screen, as that will give you an ample amount of breathing space to avoid obstacles coming from the left or right. You’ll be out of a snake’s reach and vines usually don’t reach all the way to the center (although they still do occasionally so be on guard), so really the only thing you need to watch out for is the monkey who appears sometimes near the top of screen and throws banana missiles at you.

As a general rule, grabbing acorns is super important, but you should always prioritize the golden ones! If you get a certain amount of golden acorns you’ll gain an extra supersquirly! Supersquirly acts a continue token, allowing you to keep going should you run into an obstacle. Keep in mind though you can only use supersquirly three times in one run!

Occasionally you’ll see acorns that sports a color of the rainbow. If you collect these, that color will be added to the background. When you collect all the colors, a rainbow will form and you’ll get a ton of points, not to mention a lot of golden acorns have a chance to spawn!

Mushrooms will show up every now and then and they’re basically the opposite of acorns: they make you lose points! Avoid these to the best of your ability, but don’t risk your life to get out of the way.

Beware the advertisement banner at the bottom of the screen!

Much like Tanks vs Aliens, this game insists that the advertisement banner is placed near the bottom of the screen, which is also where Squirly is. Be careful when tapping as you may accidentally tap the banner. What I like to do is tap near the middle to top region, because not only will you avoid the banner but you’ll also have more visibility as your fingers won’t obstruct Squirly.

That should cover everything, as Squirly is a very simplistic game. Just avoid the obstacles and don’t miss any acorns! Good luck, and if you have any suggestions or questions, feel free to leave a comment below.