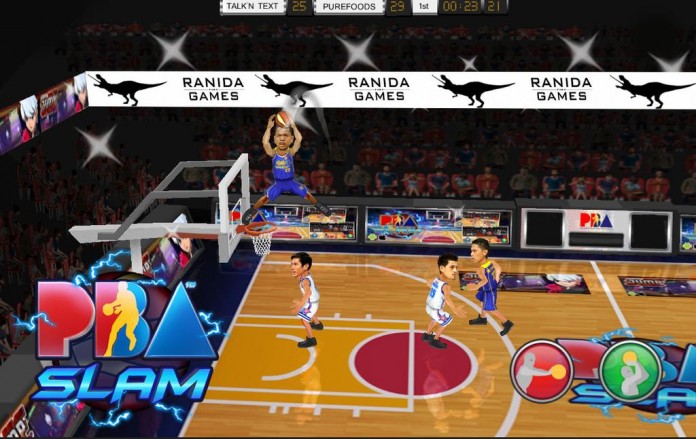 Those who have been playing video games for some years will probably know about NBA Jam, an arcade basketball game which was incredibly popular in the 90s thanks to its simple yet engaging formula and over the top experience complete with ridiculous slam dunks and flaming balls. Even those who haven’t been playing for long probably know about NBA Jam, as it’s currently available on the App Store. Unfortunately the iOS version of the game is far from being the best due to several issues.

PBA Slam, developed by Ranida Games, is the game to keep track of if you’re a fan of the original NBA Jam. The game will feature players from the Philippine Baskeball Association, which is the second oldest basketball league in the world, and a gameplay experience that will share more than a few similarities with NBA Jam, with only two players per team on the field and so on. There’s no way to know right now if PBA Slam will be as good as the original NBA Jam but things definitely look good.

PBA Slam will be released next month on the App Store. You can check out a teaser trailer of the game right below.