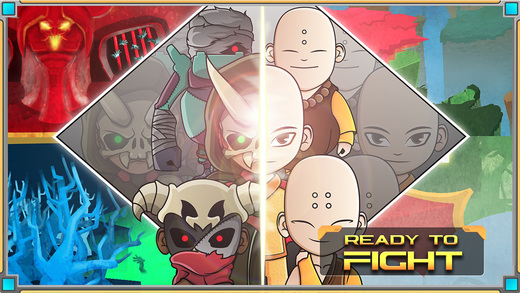 Luna League Soccer, a new arcade sports game developed by Lunagames, is now available for free on the App Store. The game is a unique take on soccer, featuring a fantasy setting, a fast pace arcade gameplay experience and plenty of flashy special moves that can be used to win matches.

In Luna League Soccer, players will have to choose one of the tribes taking part in an epic soccer tournament to decide which of them will control the planet Luna for the next two years. Then another tournament will be held, with the cycle repeating until the end of time.  Each of the tribes involved in this tournament comes with some unique special abilities and moves so that each one plays differently from the others.

Being an arcade game, Luna League Soccer is a really quick to pick up and play, making it perfect for iOS devices. The simple controls are also one of the game’s best features, allowing players to do a lot of different moves while playing with just a few commands.

Luna League Soccer is now available for free on the App Store. The game comes with two different IAPs used to unlock everything in the game and just remove ads.