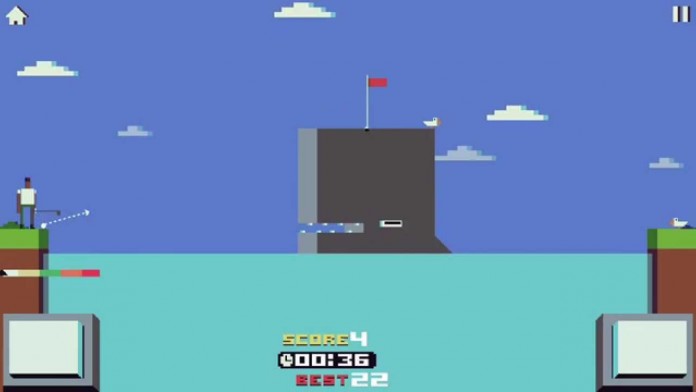 Around a week ago we have reported that yet another unique sports game developed by the same team that released Wrassling on the App Store a while back called Battle Golf was going to be released this week on the App Store. Now we can confirm that the game is indeed available for download on the App Store right now.

Battle Golf isn’t exactly a brand new game since it players pretty much like Golf is Hard, another sports game developed by team released on the App Store a while back. In Battle Golf players have to score more than their opponent by getting the ball in the hole. The opponent can obviously hit your ball to prevent this from happening, leading to some hilarious golf battles. The first players to score 5 points wins the match.

Battle Golf also features a single player mode for those who don’t have another player to play the game where they have to score as many points as possible in a limited amount of time. This mode is definitely not as fun as the multiplayer mode, but it works decently as a practice mode.

Battle Golf is now available for download on the App Store for free. The game is supported by ads and there’s currently no way to turn them off.