Home Game Guides Splatoon 3: How to Get Amiibo Bonus Rewards 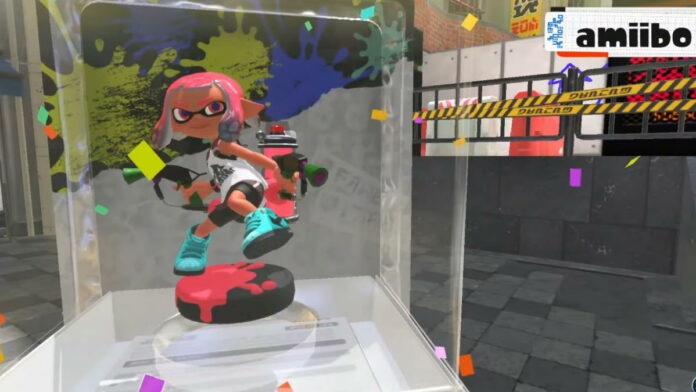 Getting Amiibo Bonus Rewards in Splatoon 3

Since its inception, the Splatoon games got some cool Amiibo figurines over the past couple years. If you’re unfamiliar, Amiibos are Nintendo’s official toy line that can be scanned into games for bonus goodies.

The original Splatoon and Splatoon 2 both got eight unique Amiibos each. There are new figures planned for Splatoon 3, but they’re coming at a later date. So, that means in total, there are 16 Splatoon Amiibos.

Each one of these Amiibos will grant you unique and exclusive bonus rewards, so if you own any of these figures, you can scan them into Splatoon 3 to receive cool gear that usually matches the Amiibo you scan.

To get started, grab your Amiibos and have them ready. In the Splatsville plaza, look for a giant Amiibo box. You can’t really miss it, and it’s by the giant golden shrine gate. Interact with it, and you’ll be prompted to scan your Amiibo.

Related | Splatoon 3: What Happens to Ability Chunks when Gear is Full? – Answered

Once the Amiibo scans correctly, they’ll appear in the game, and you’ll be rewarded with some bonus gear. For your convenience, we’ll list all the bonus gear sets you can get, alongside their assigned abilities.

The Splatoon 3 set of Amiibos are planned to release later in 2022, so expect those to have their own unique sets of bonus gear.

That concludes our guide on how to get Amiibo bonus rewards in Splatoon 3. If you have any other questions, let us know in the comments below!

Splatoon 3: How to Get Amiibo Bonus Rewards