Home Guides Spies in Disguise: Agents on the Run Cheats: Tips & Guide to... 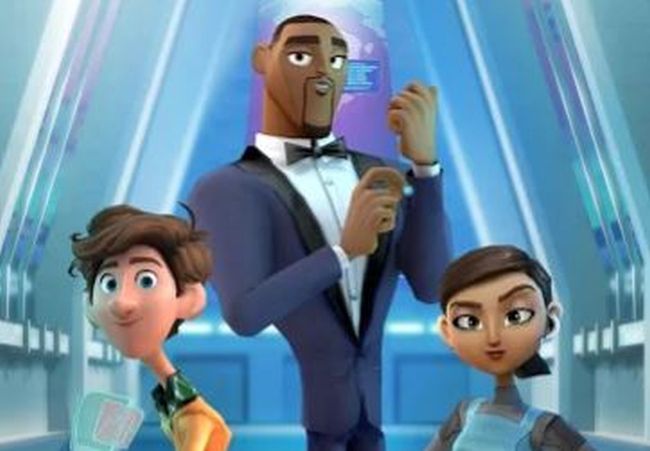 In today’s article we are going to cover all of the Spies in Disguise tips and cheats that we have gathered so far and share them with you so that you can run for as long as possible every single game!

This is an endless runner game, in which your reflexes will be tested, your quick thinking as well and let’s not forget about the quick decision making ability that you need to have! So if you have quick fingers, and you’re not losing yourself easily when it comes to making decisions quickly, then you’re probably going to have a really great time playing the game!

But since I am not like that, I am trying to use every trick in the book to get better – and if that is the case for you too, then you’re in the right place! Therefore let’s not waste another second and dive right into the Spies in Disguise: Agents on the Run tips and tricks right here below!

You will better understand the game if you keep on playing it and start getting used to how it works. I would suggest that you do your best to learn how fast your hero will move left and right when you swipe, so you will know exactly when to do it in order to avoid obstacles.

You should also learn all the types of obstacles there are, or at least most of them. That is, because there are some which can only be avoided by dodging them altogether, so it’s better to know how to approach each and every one of them.

The best thing you can do is to try them by trial and error! That’s right – you should go on a rampage and try to test them all out at the very beginning so you will know what you can and cannot do around them. Also, which of your skills work and which don’t when dealing with them.

That is something that I suggest you do as early as possible in the game because that way you can see which ones you can avoid later on in the game when you’re about to hit a new high score!

Pick up many coins

When you are running you should try to make your route in such a way that it will pick up many as many coins as possible on the way. For example you should not go in the lanes which have no coins because then you’re running for basically nothing but distance.

By picking up more coins you will be able to purchase briefcases full of goods which can be used to upgrade your characters or to even get more characters. I would suggest that you try to go on the high areas whenever possible because those are more danger-free than the ground areas.

OK, now we went to cover another thing which you might be wondering: is it worth dying / restarting the progress over a few coins? And the answer to that, is simply no. You should never put coins above the stage progress because you will not accomplish anything.

What you can do, is you can intentionally hit an object if you have gathered enough coins to buy something that you want, or to make an upgrade that you wanted which will help you advance further, but otherwise no.

Just think about it this way: The more you progress, the more coins you will collect – so it’s not worth dying after you’ve collected 5 coins and try to farm it over and over again.

Always try to pick up the special items

On the stages there will often be on the ground various items such as briefcases, boosts and so on. You should try to pick these up whenever you have the chance because that way you will get either some extra loot from the stage (if you pick a briefcase you can get some extra items / coins) or you can get boosts to make the stage easier (for example the item which clears all the obstacles in front of you leaving but the coins).

Because the briefcases are a super good item you should try to always go for them whenever you see them, even if you risk dying. Of course, if you are about to set a new high score, it might not necessarily be worth it, but that’s up to you.

For now just make sure that you try to put them on your watchlist and try to get as many as possible from every stage. They can contain along coins, some of the useful items which you need to upgrade your spies’ skills.

Learn all the characters & their skills

In the game there are three characters, but they each have 2 forms, which come with a different set of skills. So it is important that you try to learn them because they will be super useful.

Also, try to remember that if the starting character Walter Beckett has a coin sucker skill, it doesn’t mean that Agency Walter has it too or that all the other characters have it! So it’s important that you read their skills and learn them before you use them.

Use the characters’ skills whenever you have the chance

As I previously mentioned, the skills are there to help you out in the game. So if Walter Beckett has a coin sucker, you should make sure that you use it as often as possible to help you gather all the coins around.

In my opinion if you are looking to gather a ton of coins at the very beginning of the game, then you should try to play with Walter Beckett because of his skill. His Coin Sucker 3000 is a great skill which will let you suck in all the coins around you for 4 seconds straight at first level.

You should try to do this whenever his skill is off cooldown (it has a 30 seconds cooldown) because it will help you finish the stages with quite a lot of coins. Also, when you gather enough materials you should upgrade this skill because it will add to the timer of the skill – instead of 4 seconds, it will be 6 seconds of coins sucking!

Unlock and upgrade the characters’ skills

Because each character has a different set of skills, you should try and read them beforehand as I mentioned above. Along with their active skills, they also have passive skills which will help you play for longer.

You can unlock character passive skills by gathering the needed materials and those skills will activate automatically when starting a new game. The passives can be anything, so you should try to unlock the one that you will find most useful first, and then try to obtain the materials for the second one.

Also, with each skill upgraded, it will start costing more and more, so try not to waste all of your coins on chests if you already have the materials necessary for upgrades. Try to save them because at some point it will start asking for ridiculous amounts of coins!

After you finish playing a run, if you see a button in the bottom side of the screen that lets you collect 1000 Coins, then you should definitely take advantage of it because those 1000 Coins are extremely valuable!

If you accept the option you will have to watch an advertisement and that will only take a few seconds – 30 seconds at most. So it’s definitely worth it because to gather 1000 Coins it will take longer to play than 30 seconds.

Sometimes you will get an option to double your rewards – that reward can be a briefcase or anything else. If you want to get double the rewards, then all you have to do is watch an ad! If you don’t mind spending a few seconds for this, then it’s up to you. However, it is defiitely worth it and I suggest you do it.

Check out the daily deals

If you head on to the Shop menu in the bottom right corner of the screen, you will see in the very first tab a couple of sections which can give you some pretty good deals. These are the options:

– Daily Deals: These offers will refresh every single day and they will give you some useful items at a pretty low price, in coins. Because they refresh on a daily basis, you should make sure that you check them out every day and if you see something that you need to upgrade your heroes, you buy it right away.

– Free Deals: This section will offer you three types of offers – the first one will be a free briefcase which you can claim every few hours in game. The second option will let you watch an advertisement to receive free Coins, and the last one will show you some in game offers which you can complete to receive Gems.

If you are a f2p player you might want to look into the third one which gives you free Gems, but pay attention to their requests! You want to look for the offers which are completely free!

Do your quests every day

Every single day you will have a few daily tasks that you can complete and receive useful rewards, such as free Gems and Lance Sterling shards! The quests are pretty easy to complete, so if you have the time to play, you should try to do them.

– Daily tasks: These quests will reset every day, so if you haven’t completed all of them within the day, the progress will be reset on the following day. That’s why it is best if you complete all of them and claim that last shard.

– Daily login rewards: The daily login rewards are a little different. They will give you rewards for simply logging in to the game without having to do anything else. Even if you don’t have the time to do your daily tasks, then just log in and claim these because on day 30 you will receive 10x Lance Sterling fragments which will let you get the hero!

– Achievements: These are a one-time-only claim, and they are tasks which will stay there until you complete them. You can claim some pretty good rewards from those, so try to quickly give them a read and see what they ask you to do because you can try to rush to complete some if you want a specific reward.

These would be all of our Spies in Disguise: Agents on the Run tips and tricks that we have for you right now! Do you know some more useful game tips or have some strategies that you would like to share with us? Leave them down in the comments section below!