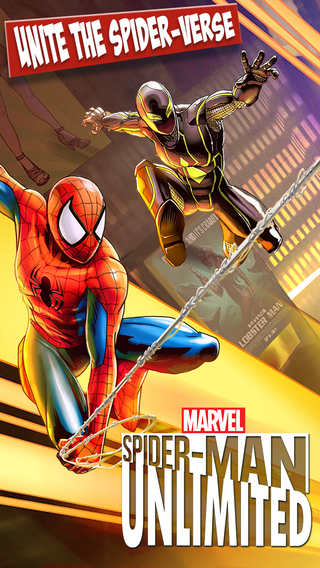 The mysterious force known as the Sinister Six have opened a dimensional rift! All sorts of bad guys are pouring into Spidey’s own world, and it’s up to him – and every other version of him – to stop them! Spider-Man Unlimited is an endless runner with a Spidey twist; you can unite the entirety of the Spider-Man universe by bringing in different Spider-Men from all over the Marvel Universe! We’ll help you stop the baddies with our Spider-Man Unlimited cheats, tips and tricks strategy guide.

Each one of the Spider-Men have their own abilities. The default one you start out with has a 15% experience bonus, so I would stick with him for a while to level up easier. Make sure to check their abilities whenever you get a new Spidey, because they are all suited to for different situations!

2. Do the side missions for extra experience!

After you do the second main storyline level, you need to be a higher level to tackle the next one. As mentioned above, you should stick to regular Spidey to level up faster. He’ll be your main anchor point and your way of doing the main levels. With that said, if you do need some extra experience, do the blue side missions. They’re worth more experience than just doing the endless mode.

3. Rank up your Spideys to increase their maximum level!

At the end of each run, you get a multiplier added to your base score. The power of the multiplier depends on what level your Spidey is; the higher he is, the higher the multiplier. This is one of the factors of getting a really good score. Spideys will level up when you use them, but eventually they’ll hit their maximum level. Each Spidey has a rank indicated by the number of stars on their card. The higher their rank, the higher their maximum level can be. In order to rank them up, you must have an additional copy of the Spidey you’re trying to rank up and two other Spider-Men. It usually only costs vials for the first upgrade, but any after that costs ISO-8, premium currency!

When you’re playing endless mode, you’ll see rings scattered throughout the level. Going through these rings starts a combo, and every time you increase the combo you get a some bonus points. You can also get these by performing “near-miss” stunts, where you narrowly dodge an obstacle at the very last second. This requires tricky timing, and screwing it up can cost you your entire run, so be sure to practice it! Once you get it down though you’ll be comboing like a champ. It also helps if you use a character such as Battle-Damaged Spider-Man, as his ability adds two to your combo instead of just one!

5. Watch out for the shield enemies!

There are two types of ground enemies: regular ones and shielded ones. You can dispatch the regular enemies with either an up or down swipe, but you can only attack the shielded enemies with a down swipe. They sometimes catch me off guard if I’m not paying attention, but I figured out a little trick: when you see an enemy coming up, check to see if he has a shield on the right hand. If he does, that’s a shielded enemy, so slide to attack! It’s a bit confusing because the regular enemies have one shield, while the shielded ones have two. Keep a sharp eye about you!

6. Once you’ve built up a sizable force, do the Spidey Ops!

Spidey ops are timed missions where you dispatch a squad of your Spider-Men to complete a side task. The more and higher level Spider-Men you send out, the higher the chance of mission success. You unlock more as you advance issues, so you’ll probably be stuck with one at a time. They’re worth a decent amount of experience and vials though, so if you’re going to take a break from the game be sure to send your Spider-Men out for an op.

7. Save your ISO-8 for premium Spider-Men!

The only way to take a dip into the premium Spider-Men pool is with ISO-8. Don’t spend it on revives, and try to go easy with it on rank ups. The premium Spideys are much better than the regular Spideys; they have higher maximum ranks, higher score bonuses, and a lot of them come with two abilities instead of just one!

8. Keep an eye out for the golden enemies!

Sometimes during a run, you’ll see an incredible rare golden enemy. If you see one, be very sure you destroy him, as they will sometimes drop precious ISO-8! You can’t miss them; they’re shine with a bright golden gleam.

Alright, that should be good for now. Gather your Spider-Men and defeat the Sinister Six! If you have any other questions or suggestions, leave a comment below. Until next time! 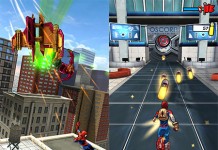