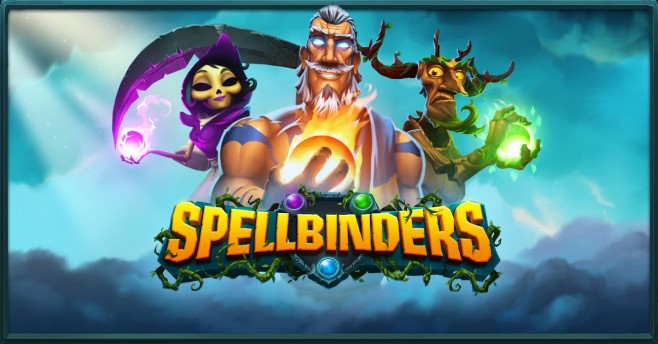 1. Maintain control of the cannons!

There’s one important thing to remember about Spellbinders, and that is the freedom to chase victory in whichever way you please. One such way we usually have a lot of success with is maintaining control of the cannons. Brute forcing your way into the enemy’s base for a rapid take down is an option but you can also opt for the slow “bleed-out”. Cannons will continuously fire away at your opponent’s base so as long as you have control of them. If you manage to control all three, they will charge up and after a couple of seconds hit your opponent for a massive 10 damage. While this is obviously something you try to accomplish as much as you can, remember that just keeping majority control of the cannons is enough to slowly defeat your opponent.

2. Lead your units into the base!

The other way to deal damage to your opponent is, as mentioned above, to lead your units directly into their base. If they can make it all the way, they will do damage directly to your opponent. The bigger and more costly the unit, the more damage they’ll do. If you want to employ this strategy, it’s usually best to focus on one lane. Send enough units in the other lanes to keep them from being completely dominated, but you’re going to want to focus on one central lane.

Each unit has different move speeds, health, and attack types. Knowing what each do is essential to synergizing your units well. For example, the archer only has a single hit point, which means the slightest breeze in their general direction will cause them to fall. However, being an archer and all, they’re capable of ranged attacks. Positioning them behind tougher melee units works very well.

4. Don’t go overboard with your spells!

As tempting as it is, don’t go too crazy with your spells. Their low mana costs might fool you into thinking you’re getting more than if you had gone with an actual unit, so be careful. Let’s say you have enemy units coming down all three lanes, and you have no units out yourself. You have a bunch of spells though, so it should be fine if you just blow all your mana on spamming as many spells as you can right? Don’t do it! One or two spells is fine just to soften up your enemies, but you should deploy units as soon as you can. Remember that spells are meant to compliment your units, not outright replace them.

5. Consider taking a special unit with you!

Before a match begins you can buy one of the three special units to take with you into the match. The first one is the Colossus, a slow giant with a ton of health. It doesn’t attack very fast but if it makes it to the enemy base, it’ll do a lot of damage. The second is Legion, a small army. Deploying Legion will send out a legion troop on all three lanes, regardless of where you deployed the initial unit, which is great for split pushing. The last is Mana Sting, a mana-infused scorpion. Mana Sting acts like a typical melee unit, but whenever it attacks, it’ll generate mana for you! You can only bring one of these special units in, and they cost 30 gold. Consider buying one if it works well with your strategy.

Your power and mana charges do not refill on their own – you must replenish them yourself! One charge is a mere 10 gold, so you should make sure you are well stocked before you head into a match. A well-timed power or mana recharge can turn the tide of a battle, so you never want to be caught without these!

That’s all for Spellbinders. If you have any other tips or tricks to share, leave a comment below! 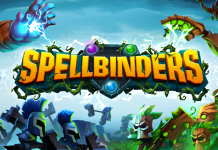