Welcome back Spellbinders! Today we have another guide on Spellbinders. This time, we’ll be taking a look at the specific units you can call to your aid during battle. A lot of them can synergize well with other units, so let’s take a look with our Spellbinders All Units Strategy Guide. Please note that since most players will be using Theos, we’ll be going over him exclusively.

These guys aren’t very durable, but they can withstand a few attacks and dish out some damage while they’re at it. Their low mana cost makes them suitable for just about any situation – use them to soften up the frontlines, use them to assault the base, and use them to capture cannons!

The bigger and badder version of the small unit. These guys slow moving powerhouses, packing enough health to breakthrough the frontlines. If you need to protect backline units, make sure to send these guys first.

You thought we were done with the medium unit? No way! The Large unit is the ultimate evolution of the standard unit. They’re even slower than the medium units, but they have a ton of health and will not fall easily. If they make it to the enemy base, they’ll also do a whopping 6 damage! Just be careful though, all of this beefiness comes with a steep mana cost. Make sure you think before you summon one of these guys!

Swift as the wind, Scouts will dart across their lanes before you know it. They’re the fastest unit in the entire army, so they’re perfect for beating your opponents to the cannons. They don’t do much siege damage but if you can, it’s always good to run them into the base. Wait until a lane is empty, then send them to see if you can sneak the cannon.

Self-destruction! Bombers are somewhat slower due to that giant bomb on their back, but upon meeting the first enemy they run into, they’ll explode, instantly taking out whatever was in their way! If the enemy has summoned a particularly beefy unit, send the bomber to take care of it. However, if you manage to run the bomber all the way to the base, they’ll do a whopping 10 damage! Look for your opportunities!

Storm Spawns are incredibly powerful against clumped up enemies. They are ranged attackers and their lightning strikes will jump to nearby enemies – even ones that are in different lanes! It’s best to run these units behind your durable melee units so they can attack without retaliation.

The archer has the longest range of all the units, but it comes at a great price: these guys are only packing 1 HP! The slightest touch will knock them out, so it’s best to position them as you would with a storm spawn – behind your bigger melee units. If left alone, an archer will slowly take down just about any unit. They also have the same bonus that the storm spawn does in that they can attack nearby units in different lanes. If you don’t have any durable units to protect them, try sending them down empty lanes!

The minotaur is a fierce beast, travelling at a moderate speed. Upon colliding with the first unit it meets, it’ll do 4 damage to that unit. After that, it’ll attack like a normal melee unit. Use the minotaur if you need to soften up a big target or you just need to take out a small unit right away.

Wizards are unique in that they won’t try to attack enemy units if they can. Instead, they’ll focus on the enemy base. They’ll constantly chip away at the enemy base, so if you can mass these units you’ll be do significant damage. Try to protect them like you would an archer or storm spawn.

The biggest and baddest unit of them all, Behemoths have the highest health pool, mana cost, and its siege damage is on par with the bomber. These guys are carrying a massive log and they’re charging straight for the enemy base. Use these guys to lead to the way, or if you want have them trail behind. Take out the enemy frontlines with other units to clear the way for the behemoth.

That’s all for our strategy guide for each unit. If you have any other strategies to share, leave a comment below! 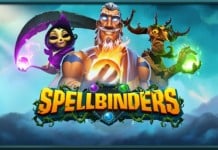