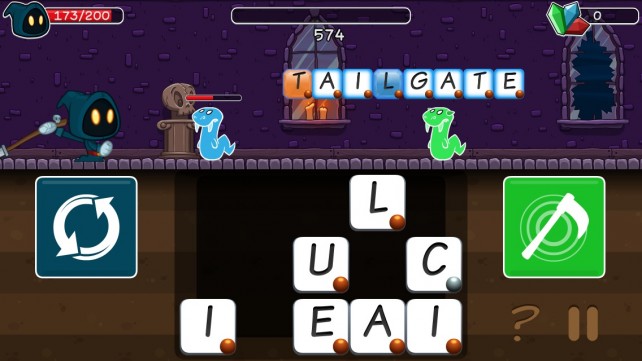 Spell Quest:Grimm’s Journey is an excellent iOS role playing game that comes with a really unique gameplay experience. In order to be able to defeat the ghosts you’ll meet in your journey as the Grim Reaper himself, you will have to spell words out.

Each word will damage the enemy depending on letter rarity and length, something that will force gamers to think about which word to use in every enemy encounter. It’s an incredibly charming experience that’s really hard to put down.

If you’re just starting out with the game or simply want to learn more about its gameplay mechanics, keep on reading for some Spell Quest: Grimm’s Journey tips and tricks.

Many times during the games you’ll receive some hints about words that are effective during each encounter. Among these words are some really strange ones and even foreign ones. What the game is telling you with these hints is to be as creative as possible in order to deal a lot of damage to enemies.

Spell Quest: Grimm’s Journey can be a though game at later level, when the enemies become really strong. The best thing to do in these cases is to simply head back to previous levels, stock on gems and use them to improve your stats or buy items that will be quite helpful. Don’t worry about spendingand acquiring gems, as you’ll come accross plenty of them during your time with the game.

If you want to earn as much gems as possible in a stage, there’s a rather simple trick that can be used as often as you like. While journeying through any stage of the game, make sure to save your strongest word for last and use it to attack the gem pile at the end of the level. Using a powerful word on it will allow you to earn more gens than with the use of a weaker one.

Gems can also be used to obtain some nice equipment, which will make harder stages considerably more manageable. The book store also has an interesting equipment piece that can be used to obtain 4% more gems than usual. Quite useful when grinding for gems.