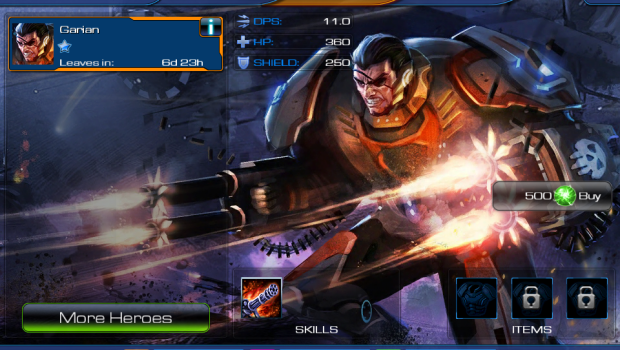 Galaxy Factions tasks players with running their own mining operations on distant planets and then defending their bases from various alien threats. If you’ve played games like Starcraft in the past, Galaxy Factions should look instantly familiar. Players can mine resources, construct various structures and units, and even customize their own hero unit with various skills and equipment.

In addition to an expansive single-player story campaign, Galaxy Factions also includes built-in online multiplayer that allows users to connect with each other in order to form alliances and battle against rival groups of players. Global leaderboards allow players to see in real-time how they and their alliance stack up against the best in the world. Localized multiplayer which allows friends to challenge each other for glory and bragging rights is also available.

Best of all, Galaxy Factions is free-to-play with optional in-app purchases which means anyone can pick it up and give it a try. Want to try out Galaxy Factions for yourself? Head on over to the iTunes app store and download it right now!