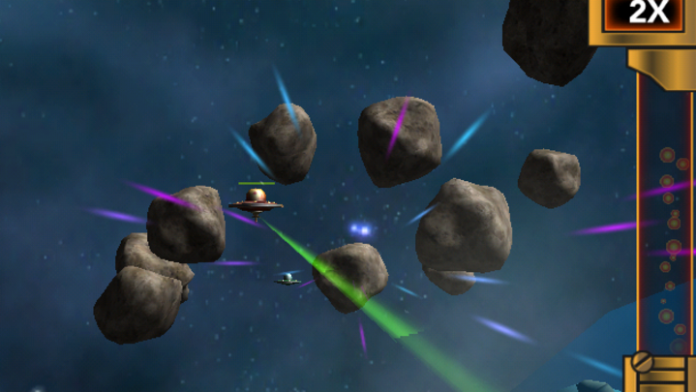 In Astro Slice, players will be immersed in an experience that Pocket Vault is calling a space-themed mashup of Temple Run and Fruit Ninja. As asteroids, meteors, hostile aliens, and other hazards hurdle through space towards their home planet, players will have to swipe their touchscreen to “slash” and “slice” the hazards out of the way. Astro Slice will be available via the iTunes app store and will be free during the first two days of its launch as a special promotion for interested players.

The game is also set within the same universe as Spaceopoly, an online adventure game that Pocket Vault Studios is planning to launch in 2014. Whether or not the two games will have any direct tie-ins with each other remains to be seen but those interested in getting a sneak-peek at the world Pocket Vault is creating can download Astro Slice for free and find out first-hand starting tomorrow.