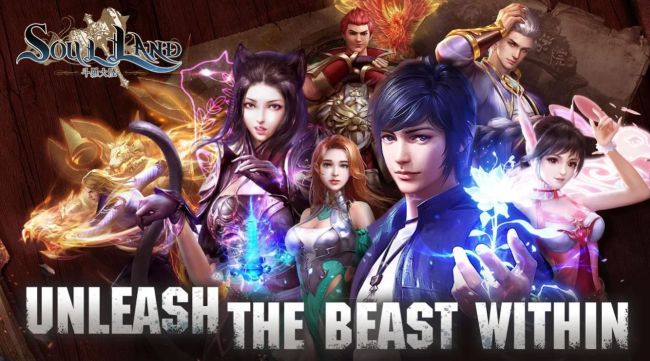 In today’s article we are going to cover the Soul Land: Awaken Warsoul tips and cheats and tell you everything that you need to know in order to become stronger in the game.

The game might seem quite confusing at start, with everything that is going on, but soon enough you will realize that it is much simpler than you would’ve thought. It follows some pretty basic guidelines, which are present in most games, so if you just follow through with the tutorial and pay a little bit of attention you will figure everything out relatively fast!

But since that is not everything that you need to know in order to get stronger, that’s why we’ve put together this Soul Land: Awaken Warsoul tips and tricks guide, where we are pointing you to all the important things that you need to keep in mind!

So let’s not waste another second and dive right into them right here below!

Rush to complete the first chapters

This is what you should be doing in the early stages of the game, because the faster you progress through, the faster you will unlock auto battle mode, which will help you gather EXP much faster.

In my opinion you should try to make all the upgrades necessary to pass these early stages ASAP, because it will make everything much easier in the long run. Once you’ve made plenty of upgrades to your equipment you will be able to pass the battles in a couple of seconds (ideally).

By doing this you can challenge boss battle after boss battle and once you’ve cleared Chapter 2 you will be able to unlock the auto battle mode. That is also available by becoming a VIP player, but it’s not worth it investing just for this alone, because it is a function which becomes available for free anyway!

Select the right Warsouls for the characters

So if you are not yet sure how these work, let me explain everything so that you can make a right choice here! Basically after you’ve chosen your character (Male or Female) you will be able to choose what Warsoul you want your character to have.

That is similar to the faction or class of your character, so depending on what you want to select from those, you will receive skills corresponding to that Warsoul.

What Warsoul to pick for the first character?

For your very first character you should pick a Warsoul which can carry you through all of the content. Yes, all of them are created that way, but according to the stats they give you should pick one which you think is right for your play style, as follows:

– Silk Rabbit: (Melee attacks, High Attack Speed, High Crit) Teleports to the back of the enemy.

I personally would suggest the Silk Rabbit if you want a high damage dealer early on, but the Phoenix is very good as well because it is both damage dealer and tank (something like 2 in 1). I haven’t tried Sanpaul, but I am guessing it would be pretty good as well!

What Warsoul to pick for the second character?

As a second character, you should try to pick a Warsoul which will complement the first one – so if your first one is squishy and has no tankiness, the second one should have that. Try to pick something that looks appealing to you, from the both options given.

Since both of the Warsouls available are tanky ones overall, pick the one which you like the most.

I went for the Tiger, as I like that one better because of the Block which can apply to certain skills if you are lucky. But both of them make for solid options, so just go for what you think will benefit your squad better.

What Warsoul to pick for the third character?

The third character will unlock some more fun options for Warsouls, and here is where you will complete your team. Pick the one which you think will go the best with the rest of your characters:

A great team comp would be damage dealer, tank and support, but with a decent tank you can also go for 2 damage dealers.

From the last three, I personally prefer Teal Herb, but Prism Pagoda is a great one too! And if you want more damage, Empyrean Mace will be good for that (if your previous two characters are tanky).

In the bottom middle part of the screen you will see the option to select to continue your Main Quest. Tap on that to receive always the next task in line and try to do them to receive various rewards and EXP.

You can also start doing these quests when you are not sure what the next step in the game should be. The tasks will vary, from battling in the Arena, to fighting the chapter bosses and making upgrades.

Take part in in game events

There are several in game events which will reward you well, so try to do them and take part in the time limited ones as much as you can. Some of these events are as easy as logging in to the game, while others can give you Gold and other such rewards for a simple tap.

To claim these rewards tap on the “Event Reward” button in the right side of the screen and there you will have several tabs with various rewards.

For every day that you log in to the game you will be able to claim some free daily rewards. These are completely free and different every day, so if you want to claim a specific reward you will have to keep on logging until you have unlocked it.

Also, for accumulating log ins you can claim some milestone rewards, such as on day 3, day 7, 14, 21 and day 28. So try to claim rewards every time that you log in to the game even if you don’t plan on playing too much that particular day!

While you are on the game’s main interface you should check on the left side of the screen, the first icon there should be the “Daily” one. There you can find the various daily quests (which I will cover below) as well as the timed events.

The timed events are available at certain times on the server, so try paying attention to when they are happening to take part! For completing several of them you will unlock the milestone rewards shown at the top of the screen.

Every single day you will have a list of quests which will reward you with a ton of goods, so you should try and do all of them because once you’ve completed all of them, you can claim the 100 Diamonds which you get as a reward (along with plenty others).

Try to do the daily quests every single day because they will give you enough resources to boost you considerably daily. Also, if you haven’t completed them all in one day, the next one you will have to start over – so that’s why it is better to try and do all of them!

Distribute the EXP to your heroes

When you check in the bottom right corner of the screen you will see the green EXP Pool. From that you can send EXP to your characters whenever you have gathered enough.

I suggest that for all the heroes that you have, you distribute the EXP somewhat equally because that will make all of them just as strong, so they can all carry their weight in battle.

You can improve the EXP in the EXP Pool by using EXP Potions which you collect from battles – so keep using them whenever you receive some after passing a few battle stages.

Gear up for battle

The heroes will have the possibility to equip several gears which you will pick up from the fights. Make sure that you always equip them with the best gears possible all the time, because these will add to your overall CP.

When you want to upgrade your level and gather a lot of items, you can start farming in the Training Lands. There you will be able to collect items while staying AFK farming in game.

So I suggest that you stay here whenever you want to train your characters and try to get them stronger.

To increase the level of the Training Lands you will have to fight a boss, and once you’ve successfully done so, you will be allowed to farm in a higher level, which will reward you with better loot.

These would be all of the Soul Land: Awaken Warsoul tips and tricks that we have for you right now! Do you know some more useful tips about the game or would like to learn something else? Make sure that you leave a comment down below!