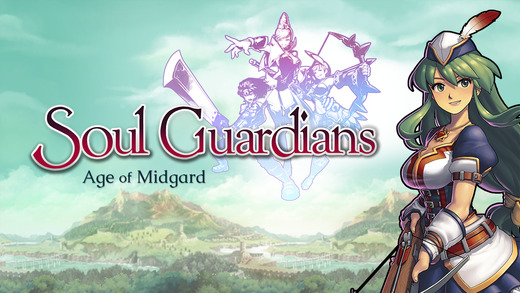 Midgard was thought to be safe after the events of Ragnarok, the great cleansing of the world. It soon becomes apparent though that all is not right, and seemingly on cue the Demon Army comes back with a vengeance. Soul Guardians: Age of Midgard is a 2D hack and slash platformer that pits you against the demons as one of the titular Soul Guardians, defenders of Midgard. High speed brawls meets card collecting in this fast paced action RPG! We’ll help you collect the Soul Art cards and fight off the Demon Army uprising with our Soul Guardians: Age of Midgard cheats, tips and tricks strategy guide.

1. Choose your character according to your playstyle!

Two characters are available at the start of the game: the Slasher and the Ranger. As you can probably tell from their names, the Slasher excels in close-quarters combat, while the Ranger picks off foes from afar. They’re both equally strong, so pick based on however your playstyle is like! Like to rush in? Slasher! Like to stay back? Ranger! Don’t fret too much though as you can switch to the other one you didn’t pick later.

Keep the pressure on by staying mobile and using all of your skills! Your skills have pretty short cooldowns, so feel free to lay the heat on. On top of this, your Soul Arts gauge refills over time, but you can also speed it up by collecting souls dropped by defeated enemies. The higher your combo count is when these enemies are defeated, the more souls they drop, so aim for huge combos!

3. The Soul Arts combo can be stopped at anytime!

Your Soul Arts combo consists of five different cards. You can check which order they play out in by tapping the card button at the top right when you’re in town. It starts from left to right. When your Soul Arts guage is full, you can hold down the button to play out all of your cards in one big combo. This spends the entire meter, so use it when you’re against a boss or a big group of enemies! If you need to though, you can let go of the button and the combo will stop. This is useful for conserving soul energy. Note however that you cannot start the Soul Arts combo again until you’re back at full power.

4. Watch for big attacks from bosses!

The bosses in this game are huge! They’re so huge that they have really obvious telegraphs when they’re about to launch a big attack. Bosses will usually get some kind of aura or glow around them when they’re going to attack, so keep an eye out. Try to time your double jumps so that you leap right over them as usually their big attacks involve them charging forward or launching something forward.

5. Power up your Soul Arts cards!

The first step to getting better cards is to “Enhance” them first! This process involves fusing your other soul art cards or elemental orbs with a base card to increase its level. You can get different bonuses depending on what you fuse the base card with; for example, if you fuse the same exact card you’ll get double experience! Experiment around to see what works best. The next step is to “Evolve” your cards, which is similar to the fusing process where you need to combine your base card with a card of the same type but at maximum level. This process grants you a higher rarity card! The last transformation process that you can do is “Fuse,” which involves taking three max level non-evolution cards and fusing them into one strong card that can evolve. Experiment with your cards and create the ultimate Soul Arts combo!

6. Enemies too strong? Gather up some party members!

In the main lobby, you can see players sitting around (And trust me, you’re going to see a lot of players). If you tap the green magnifying glass button, a marker will appear over someone’s head. If you tap it again, it’ll continue to cycle through the players on screen. If you tap the red button, you’ll bring up their character info. Here you can invite them into your party and bring them on adventures with you. Don’t be afraid to make some friends if you’ve come across a level too hard, as extra help will probably win you the level!

7. Match elements with your enemies to inflict extra damage!

There are nine different element types: Fairy, Beast, Human, Soldier, Demon, Dragon, God, Machine, and Abyss. You can see what type of monsters you’ll be facing on the level select screen. If your Soul Arts cards match the enemies’ type, you’ll do extra damage! Try to equip yourself appropriately for maximum damage. If you see blue numbers and lighting effects, you’re hitting their weakness!

That should cover the basics for Soul Guardians. If you have any other suggestions or questions, leave a comment below. Now go and fight for Midgard fellow Soul Guardian!