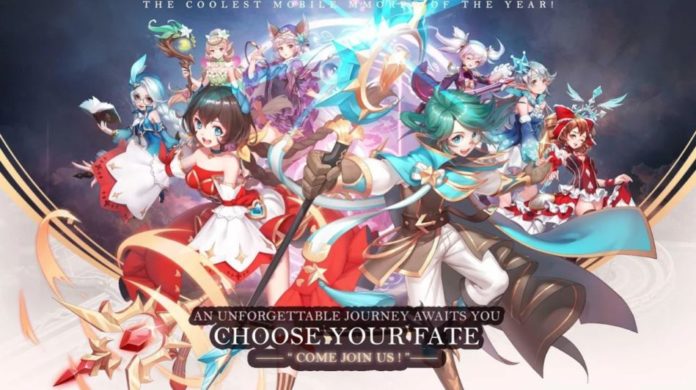 In today’s article we are going to share with you all of our Soul Destiny tips and cheats to help you get stronger and quickly improve your character. By now you probably learned how the game works, so it will not be a problem getting into a little more details on how you can further boost your character.

From PvP to PvE, we will cover everything so you will know exactly how to manage every situation, no matter how difficult it might seem. So brace yourself, because if you thought that it would all come easy, you might be a little off. Becoming super strong in Soul Destiny requires dedication and patience – but most important of all, questing.

But enough with the introductions for now! Let’s not waste another second and dive right into the Soul Destiny tips and tricks to help you become super strong and defeat all encounters! 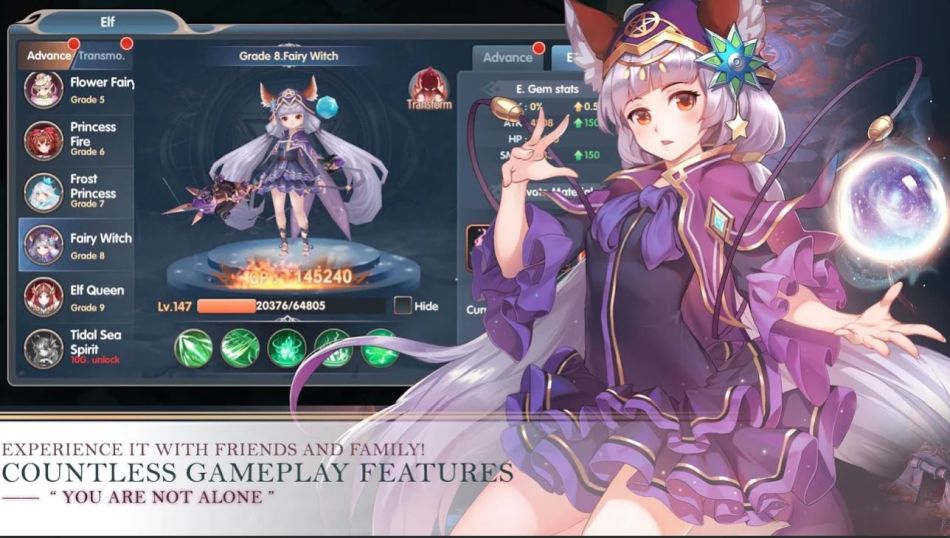 Follow the main quest line to level up fast

If you want to quickly level up, and pass those especially pesky first few levels, then all you have to do is follow the main quest line. It’s going to get you well over level 100, and pretty quickly too!

Most of the quests reward you with a ton of experience, but also with gears and other goodies. From unlocking new skills and features of the game, to helping you get Gems, it’s all there!

I suggest that when you first start the game you should follow the main quest line because in around one hour you can level up to over level 100! It’s super useful, and it will help you unlock all of the game’s features.

You will receive new gears every now and then and my best suggestion for you would be to upgrade them as much as possible. It will cost quite a bit of Gold but it will all be worth it. The bonus received from the upgraded gear will add up to your CP (Combat Power) and that means that you’re getting stronger!

Also, don’t forget to improve the rest of your equipment, such as the Elf and Gems. They all add up to your power, so make sure you do the right thing and upgrade everything! 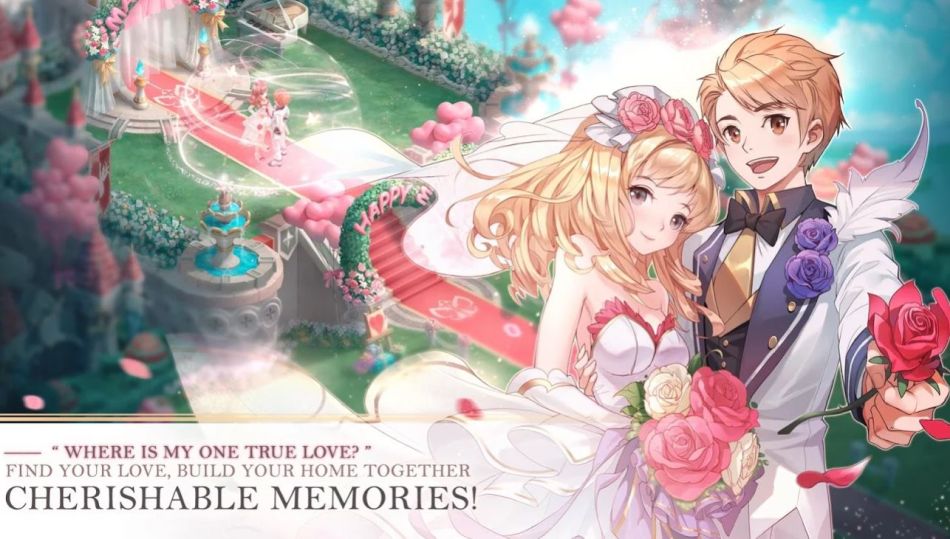 As I mentioned above, the Elf is pretty important as well! It will boost your power too and help you fight the enemies. It can be starred up by using Elf Blessing Scrolls – which you obtain from quests or by purchasing with Bound Diamonds (a.k.a. the free premium currency).

I suggest that you also feed all your old gears to the Elf (as odd as that sounds) because they will also help boost the Elf’s power. I personally used all of the Elf Blessing Scrolls I got from questing and bought a few with Bound Diamonds and maxed it out, because that greatly helps with defeating the enemies.

One thing you should definitely do is rush to level 150. That will allow you to get rebirth and choose a different class. This can be done quite a few times and it’s also a little bit challenging, but well worth it. 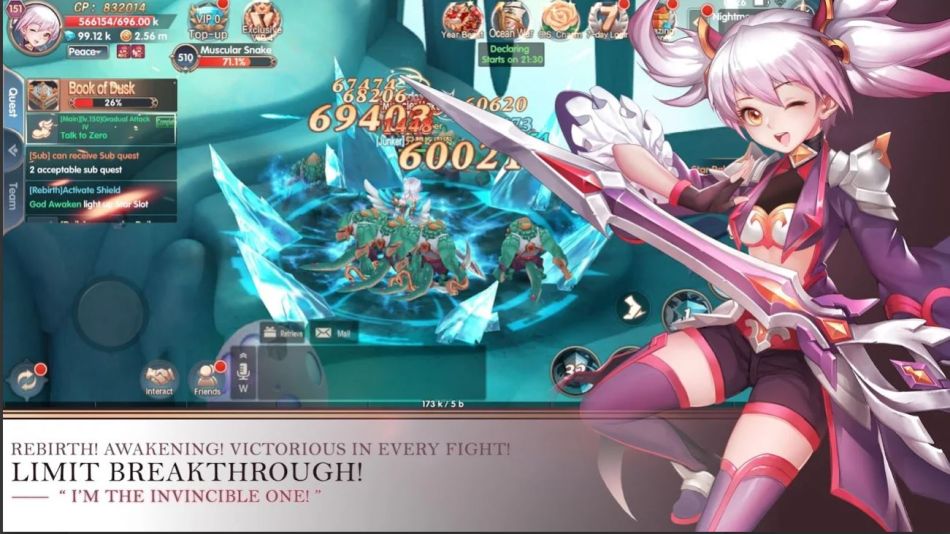 Go into the EXP Vault!

This is one of the quickest ways to level up quite a bit when you are well over level 100. You should definitely go into the Team challenge, EXP Vault. Here you will be matched with 2 other players and you’ll have to defeat monsters. I suggest that you use some gold boosts to increase the EXP you get from defeating monsters.

This will help you gain a ton of exp in very little time (way quicker than even doing quests). I have leveled up several levels like this and I definitely suggest that you do it as well because it’s well worth it.

Fight in the Arena to up your rank

One very important thing that I would urge you to keep an eye on is the enemy CP. Even if they have slightly higher CP than you, don’t fight them! You will end up losing. It is not all about luck, it is all about CP when it comes to the Arena.

The higher your combat power, the more likely you are to actually defeat the said enemy. However, if they are even 1 point stronger than you, it will not work. So I really suggest that you only fight the lower enemies, and constantly keep upgrading your power to fight the stronger ones.

Equip the right S. Gems for you and dismantle the rest

Having the right S. Gems might be a little challenging, but depending on what you are fighting and what stats you need, you should equip the right S. Gems. I prefer the HP, Attack and EXP Buff, especially since I really want to level up quickly. 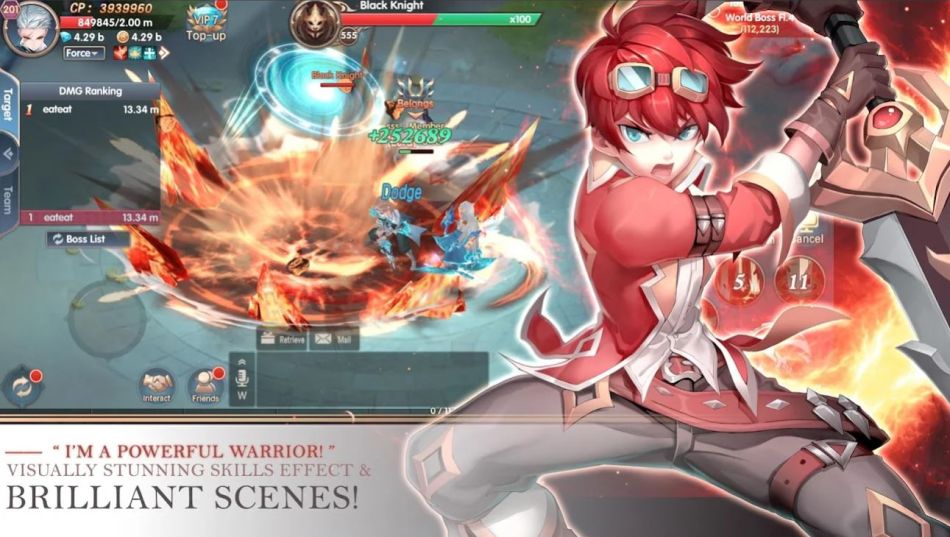 Also, I would suggest not wasting time to upgrade the blue ones, because they are not really worth it and getting purple ones will be much easier than you think. You’ll get quite a few from questing and doing dungeons, so dismantling the blue ones is super useful.

The fragments you obtain from dismantling the blue ones should be used to upgrade all of the other gems that you have equipped, in the other that you consider most useful. I prefer to upgrade them all to level 10, then slowly up the Attack one, HP one (because I got an Orange one) and finally the rest of the ones you chose to embed. 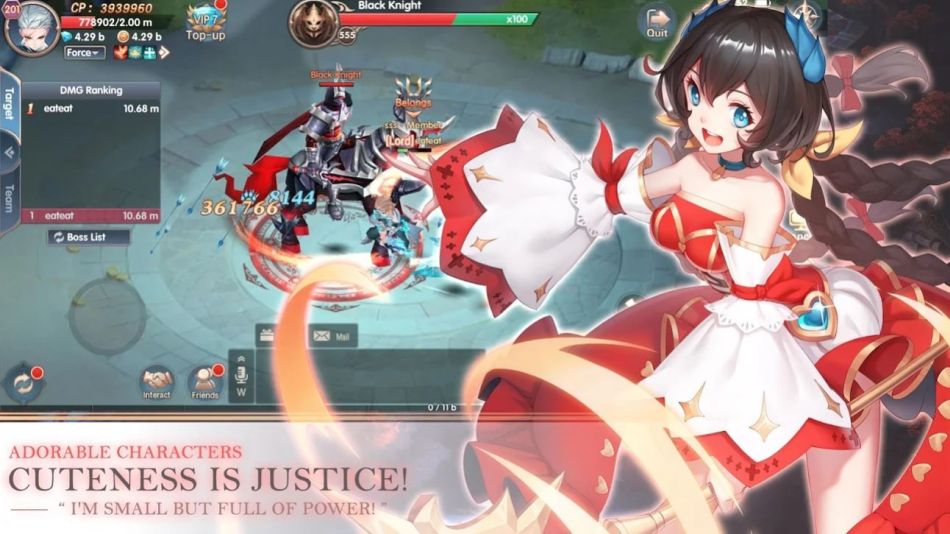 Get the free Treasure!

Keep track of the timer for this treasure, because even if you don’t play non stop, you should at least log in to open the treasure when it becomes available. You’ll thank yourself later for doing so!

The daily rewards are cooler than you might think. You will unlock them once you level up a bit, and once you do you should definitely log in daily to collect them. The rewards differ every day, and on the 7th day are the best: a transmogrify! Make sure you log in daily even if you don’t plan on playing that particular day. 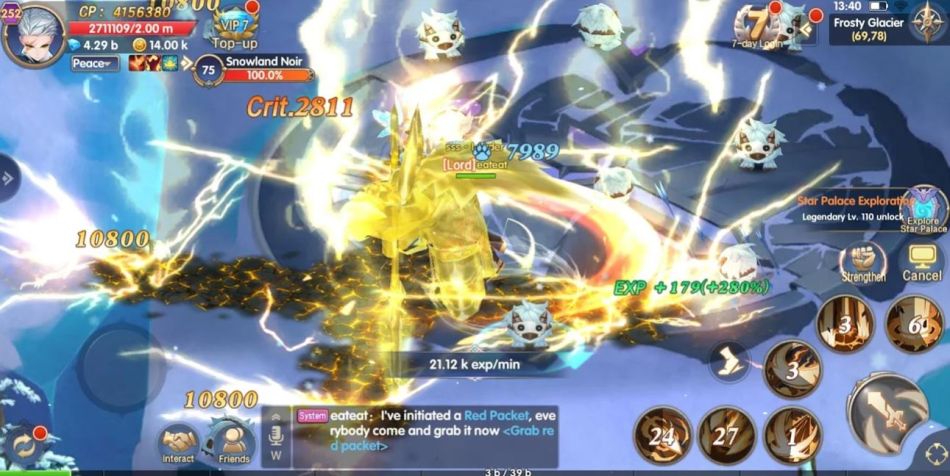 Sell all your green gear

If you find yourself short on gold, it’s really not a problem! When you open your bag you will see on the bottom side an option “Green Set For Sale”. Always sell the green gear you pick up because they are not good for anything, other than giving you tons of gold.

These would be all of our Soul Destiny tips and tricks that we have for you right now! If you know some more cool game tips, make sure you share them with us down in the comments section below!