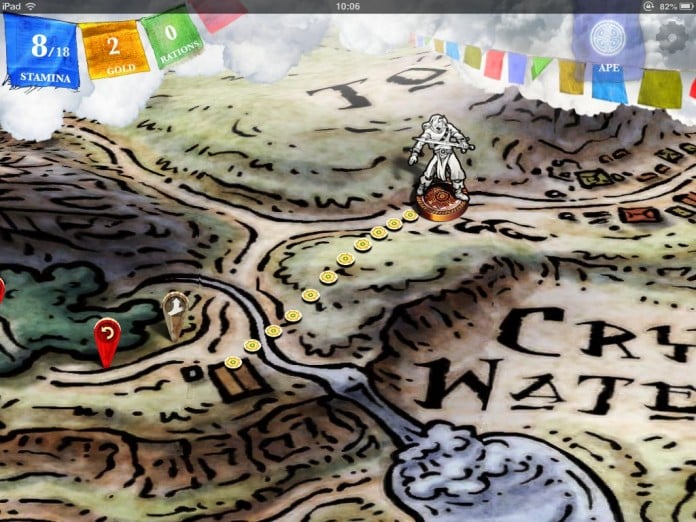 A new Sorcery! game is going to be released next month on the App Store. Get your swords and magical staves ready, folks: the Cityport of Kharè needs your help once again.

In Sorcery! Part Two players will have to save the Cityport of Kharè from destruction, a city full of dangers like band of thieves, traps, monsters and of course secrets. The game can be played as a stand alone adventure or as the sequel of the first Sorcery!.

The first part of Sorcery! is also getting updated in the near future, in preparation of the second part’s release. Among the new features included in the update are the possibility to control a female avatar, an all new 3D spell casting system, a fist fighting mode and a save-game integration with Part 2, meaning that you will be able to transfer your save file from part 1 to part 2. Playing the first game will also make the second part of Sorcery! more enjoyable.

Sorcery! is probably the best rendition of the gamebook format ever released. Check out one of the trailers for the game right below and get charmed by the game’s unique features.

Sorcery! Part 2 will be released sometime during November on the App Store. The first part is now available for purchase.