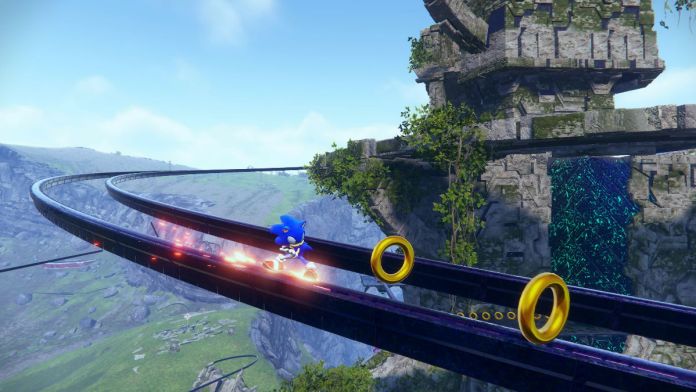 The PC port of Sonic Frontiers is a pretty decent port, though it’s lacking some advanced graphical options, namely the 60 FPS limit for starters. There’s all sorts of things about the PC version that can’t be fiddled with, but through the use of external apps, we can at least do something about that framerate. We’ll show you everything you need to know in our Sonic Frontiers: How to uncap framerate on PC guide!

Please note that this is an unofficial method not supported by the developers. Using Cheat Engine is a relatively safe process, but it may be flagged as a false positive on most antivirus software. Always verify your sources before you download external cheat tables, as they may contain malicious code.

Sonic Frontiers is coded to have its framerate hard capped at 60 FPS. Though 60 FPS is a perfectly fine framerate, most modern PC gamers are used to their games running at least 120 FPS or above, so it might bother them.

You cannot increase Sonic Frontiers’ framerate through in-game means, as the game was never intended to run past 60 FPS. However, some intrepid fans have discovered a way to do so through the use of Cheat Engine, a program that modifies a game’s internal code to cheat, mod, or change how the game behaves.

We’ll show you how to do this, but before we start, we need to mention that this modification to the game engine will break Sonic Frontiers in lots of areas. Namely, cutscenes will play at incorrect speeds, Sonic’s Light Dash maneuver no longer works properly, and strange physics will render some levels unbeatable. You have been warned!

First, download Cheat Engine from the official website and install it. You may have to temporarily deactivate your antivirus software, as it will most definitely flag Cheat Engine as a “hacktool” virus. Don’t worry, the program is safe, but due to the nature of it, it will almost always get flagged.

Next, we’re going to download the CT file, or cheat table, from the user who discovered this modification in the first place. Their Steam username is KingKrouch, and you can find the CT file on their discussion topic here.

Now, open both Cheat Engine and Sonic Frontiers, and make sure the game is running in borderless windowed mode with V-Sync disabled. Go back to Cheat Engine, and click on the yellow folder icon in the top left corner, then open the CT file you downloaded.

You should now see an “Unlocked Framerate/Use Custom FPS Target” option in the list below. Now we need to hook onto the Sonic Frontiers process, so click on the computer with the magnifying glass to bring up a list of all running processes. Find Sonic Frontiers, then open it.

You should now be able to tick the checkbox next to the unlocked framerate option. Once you do so, you’ll see a 60 value pop up, so double-click it, and then set it to your desired framerate. Switch back to Sonic Frontiers after you’re done.

If you’ve done everything correctly, the game should now be running at your configured framerate. Now you can enjoy Sonic Frontiers at a blazing fast 120 FPS or more!

That concludes our Sonic Frontiers: How to uncap framerate on PC guide. If you need any extra help or have any questions, let us know in the comments below.

Sonic Frontiers: How To Uncap Framerate on PC