Home Guides Sonic Frontiers: Everything We Know So Far 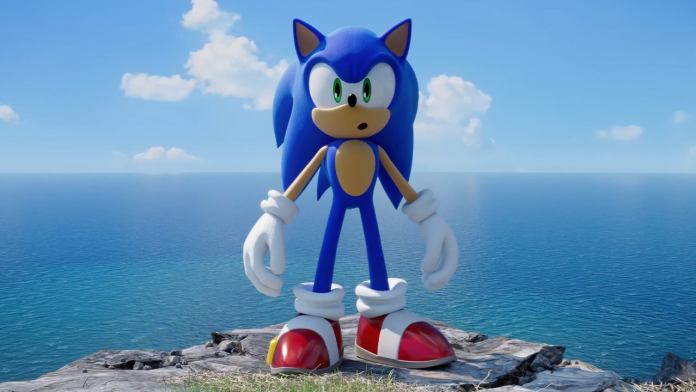 The 2021 Game Awards saw the announcement of a new Sonic game in the form of Sonic Frontiers. The developer Sonic Team Japan came out with an announcement teaser of the game and you will be able to play the game at some point during the 2022 holiday season. Sonic Frontiers will be a mainline entry in the Sonic the Hedgehog series and from the trailer, it looks like Sonic will have a lot of distance to cover.

The developers have even stated that they will provide an “open-zone-inspired experience.” Here’s everything you need to know about the upcoming Sonic Frontiers game.

Sonic Frontiers will be releasing during the holiday season of 2022, which puts the game’s release date somewhere around December 2022—considering that the game will be bigger and boast an extensive map, Sonic Frontiers might have been in the making and the developers are confident to share and show things to players.

What Platforms will Sonic Frontiers support?

As per the latest announcement trailer and its official website, Sonic Frontiers will be coming out on Nintendo Switch, PlayStation 4, PlayStation 5, Windows PC, Xbox One, and Xbox Series X.

While much has not been revealed about the game, Takashi Iizuka, the creative officer at Sonic Team USA, did say in a release, “Sonic Frontiers is a huge leap forward for the franchise, delivering an evolved gameplay experience that can be enjoyed by longtime Sonic fans and action-adventure enthusiasts alike.” It looks like the team behind the game is embracing the big open-world genre so, we might get to see some new things, especially the map and how lived in it feels.

The developers have also said that players can expect a “high velocity open-zone freedom,” meaning that exploration will be a significant emphasis of the game while not pushing it too big, thus running the risk of making the game slow-paced.

You can expect more information and reveals about Sonic Frontiers from SEGA as we approach the next year.

Sonic Frontiers: Everything We Know So Far