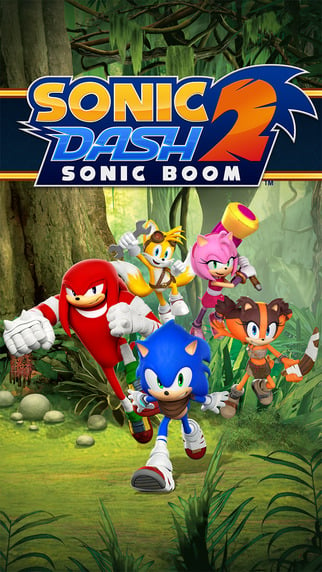 A little while back SEGA tried to reboot the Sonic the Hedgehog series with Sonic Boom, a new franchise which includes a few video games and a somewhat successful cartoon series. The Wii U and 3DS games aren’t exactly the best Sonic games ever released but SEGA isn’t ready to give up on its new franchise anytime soon, considering the publisher recently released a new iOS game called Sonic Dash 2: Sonic Boom. The game has been receiving plenty of post launch support and a new update introducing a new playable character and more has been released recently for the game.

Here are the full details of the latest Sonic Dash 2: Sonic Boom update.

This massive update features a new character, world, and more. Play and win Shadow the Hedgehog, dash into Dr. Eggman’s Lair, even dash through snow. To wish everyone a Merry Christmas and Happy New Year we’ve loaded this update with holiday cheer and a Special Event Boss Battle with Dr Eggman!

NEW PLAYABLE CHARACTER
Shadow the Hedgehog joins the crew with a devastating special power that destroys mines and enemies in his path. For a limited time play Shadow free!”

SNOW HAS FALLEN IN SONIC BOOM
Play holiday events to dash through the snow. The whole game is decked out for the holidays including special Christmas objects on the tracks

SPECIAL HOLIDAY SPRITE
Equip Flurry to run in the snow and collect the max number of power-ups. Equip Sparkle to double your damage in the Dr. Eggman Boss Battle Special Event

RUN ALONG WITH SONIC ON YOUR APPLE WATCH
By accessing your Apple Health Data on the Apple Watch you can earn fantastic prizes by running along with Sonic. The more daily steps you take, the further Sonic runs and the more prizes you’ll win! To learn more, go to the Apple Watch tab in settings. Requires watchOS 2.

Sonic Dash 2: Sonic Boom is now available on the App Store. The new update is also available for download.