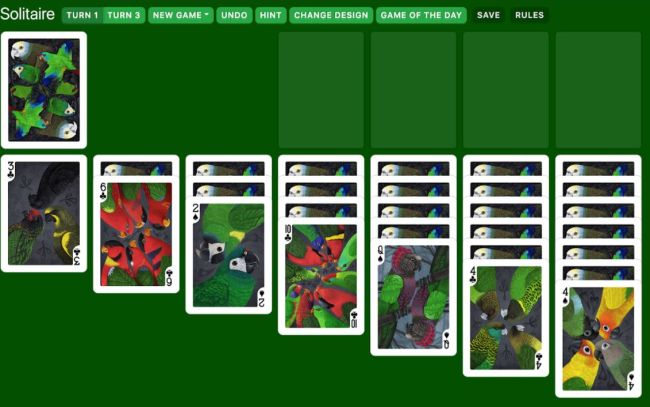 That’s pretty incredible in itself, but this bewildering solitaire abundance isn’t even the headline. The thing that really makes Solitaired stand out is the way it cleverly combines timeless casual gameplay with a mission to educate and enlighten.

The game hit the mobile and PC app stores last October, and since then it has teamed up with a number of institutions to create custom decks celebrating various notable figures past and present.

Most recently, the game featured 52 of the most important people involved with the civil rights movement, while previous luminaries have included astronauts and inventors – the former to celebrate US astronauts returning to space, and the latter set up in partnership with the Lemelson program at MIT.

A recent collaboration with the Encyclopedia Britannica, meanwhile, saw 52 leading suffragists appearing on the backs of Solitaired’s cards to celebrate the 100-year anniversary of women securing the right to vote.

Solitaired is an ingenious concept, making excellent use of a previously underexploited form of screen real estate. Millions of people play solitaire on a screen every single day, so why not use those virtual cards to get big ideas across and celebrate important figures?

And their uses don’t stop there. Somasheker and Taparia have also partnered up with some of the best-known playing card designers to bring familiar and iconic designs into the virtual realm, including the Parrot Deck and the Jones Playing Card Decks.

Let’s not forget the gameplay. Solitaired is the most comprehensive solitaire game collection going, with Freecell, Spider, Klondike, Golf, and countless other variations available.

There are stats to track, too, as well as high scores to beat and daily games to play. You might think of solitaire as a casual timewaster, but it’s so much more than that, with countless levels of challenge to overcome and strategies to master.

And Solitaired is the best possible example, providing not only great gameplay but illuminating facts into the bargain. You can download it for free right now on the Google Play Store, the Amazon Appstore, and the Windows Store.