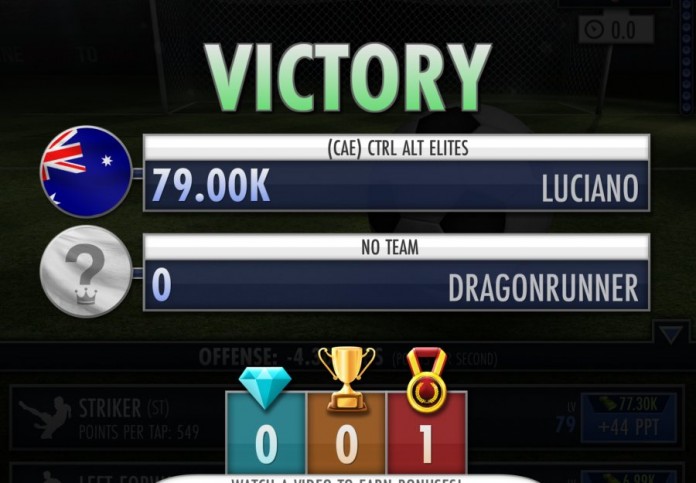 Yes, this is that type of game that has different names based on the country you’re playing it from. So, if you’re playing from the US, it’s called Soccer Clicker and for Europe and probably the rest of the world it’s called Football Clicker. The game is the same and it’s pretty amazing with a lot of depth and many reasons for you to keep on tapping. And I am here to help make that experience better and easier by sharing with you some Soccer Clicker cheats & tips (Football Clicker cheats & tips if you’re not from the US).

It doesn’t really matter, in the end, how you call the game, because it’s fun everywhere. So let’s not waste a single second and let’s check out some Soccer Clicker / Football Clicker tips and tricks below.

1. Keep on tapping!
Well, that was pretty obvious since this is an “endless clicker” type of game: just keep on tapping and you will do fine. If you tap, more money is rewarded to you and you should tap as much as possible because money is what you need to keep up with the insanely expensive upgrades.

2. Use the power-ups smartly
The power-ups (or Playbook tactics as they are called in the game) are extremely useful, but some can only be used in certain situation. The first one you unlock, for example, can only be used when you are preparing for a match, so make sure you use it at that moment otherwise you won’t be able to use it once you reach match day and you can’t beat your opponent.

3. Join a team ASAP
As soon as you have that option unlocked, join a team! Make sure you join a team that has many members because you get an extra 1% cash for every team member, so the more there are there, the better your bonuses. Makes sense!

4. Get the free diamonds
There are a few options for you to get free diamonds and you should always take advantage of them: watching ads is the most useful one, but you can also get free diamonds for liking the game on Facebook or rating it on the App Store. Every extra diamond counts because you can unlock great bonuses with them!

5. Upgrading a player’s level vs player’s stat
You can upgrade your players by spending money on them, both in offense and defense, each counting separately (so a level 50 Striker in offense can be a level 1 Striker in defense). Once you reach level 50 in any area, though, you can start upgrading the player’s skills as well (there’s six of them), each raising their overall rating by a bit. However, I saw that simply spending your money on upgrading the player’s level is more useful as it gives you better increases in PPT (points per tap) in offense or OPPS in defense.

So first upgrade each player’s level and completely ignore their stats. I would personally suggest to ignore a player’s stats until you unlock all the team players in your team and you have them of a very high level. Only then spend your money (which won’t seem much at that point) to increase their stats. So golden rule: Player’s level is better than increasing each player’s stats.

6. Offense vs Defense
Now we have another big question: where should you focus your upgrades on, in defense or offense? I was tempted at first to focus on offense only, but that was a losing bet. The truth is that you should invest in both in order to stand a chance and focus a bit more on the defense because it seems that the penalties you can get for your opponent are higher than the PPS you get from upgrading your offense. This might differ based on the players you have signed, so simply check out the stats for both offense and defense to know what to focus on in your case.

7. What players to sign?
Personally, I found no correlation between signing the most expensive players and better overall stats, so I would suggest going for the middle priced ones in case it really matters. Just go with your gut, it seems that it’s all random.

8. Upgrade your players smartly
Upgrading your Goalkeeper’s player level in offense will give you a very small amount of PPS per each dollar spent than upgrading a field player. However, upgrading the GK in defense will give you better bonuses. So watch your players and see which give you more PPS per level. To do that, simply get all of them to level 10 (or whatever) and compare their stats, then focus on upgrading the best ones first. It’s easy – and make sure you do the same in defense as well! Finally, make sure that you constantly invest in your Striker because that’s the only player you won’t be able to change, so you can’t get wrong by spending money on him.

Personally, I invested a ton in my striker and once I managed to do so, progressing through each match day was a breeze. I have him, at the moment of writing this, at level 125 in offense and 95 in Defense, while the GK is at level 110 in Defense. All the other players are at about level 60 (I even have some at level 35) but I still do great in the matches. So spending in your Striker first might be a good idea since you will be getting most of your points from tapping anyway!

9. Sign new players
Even tough they seem to be insanely expensive at first, eventually you will have to sign new players. The good thing is that you get to sign a player of the same level as the player you’re replacing, so you’re not starting from scratch. Make sure that you always replace your player with a better ranked one (look at their overall ranking) otherwise you might be spending money for getting a bad deal!

These would be for now our Soccer Clicker / Football Clicker tips and tricks. Do you have anything to add? Let us all know by commenting below! 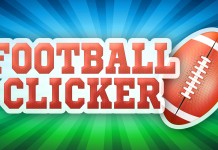