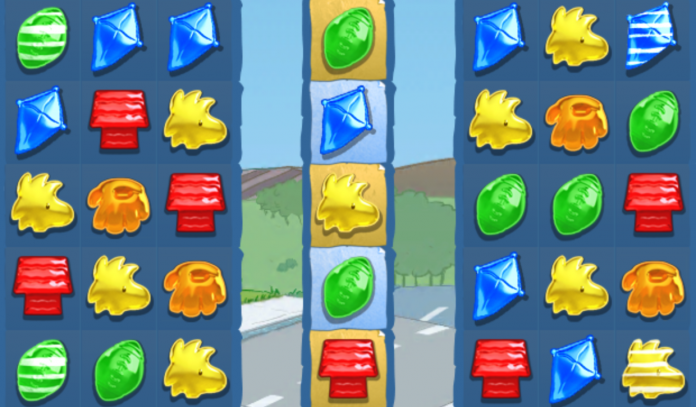 Snoopy’s Sugar Drop is a free to play match three puzzle game developed by Beeline Interactive where gamers have to match three units of the same type of candy in order to clear the stage.

The game is pretty straightforward as far as match three puzzles games are concerned. Several power ups create an “unexpected” factor during the game but it’s really nothing out of the ordinary, especiall of you’re one of those gamers who can’t stay a single day without playing the huge hit Candy Crush Saga.

Some gamers, however, might have never played a match three puzzle game before. In this case, let us help you understand the basics of Snoopy’s Sugar Drop and offer some valuable tips.

Using combos is the best way to clear stages as quickly as possible. It may take some practice to move the right piece to form a combo but before long you will be able to create huge chains that will clear huge portions of the stage in mere seconds. Power-ups will surely help in this regard.

Learning how to do combos is the only way to get far into the game, as you only have a limited amount of moves in Snoopy’s Sugar Drop. Don’t always trust what the game tells you to do since there might be another move that will make more piece disappear.

This is a general rule when playing match three games and it’s also useful in this game. Always start from the bottom, since pieces fall from the upper section of the stages. By doing this, you will be able to plan your combos and moves better, as opposed to the top lines which are inevitabily going to change several times during a stage.

As a free to play game, Snoopy’s Sugar Drop includes several types of purchases. Since the game is not too hard, it’s better to save those power-ups when things really start to become hard. You can probably clear the first 30 levels without using a single extra power up.

In case you’re completely stuck and have no idea on how to proceed, you can use Boosters. They can only be used once in each stage but this is more than enough since they’re so good that they can really turn the tide in a stage that’s going very, very wrong.