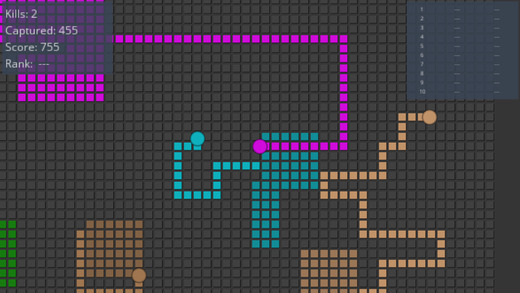 Snake Splix is another entry into the snake multiplayer game genre. Much like the ever popular .io games, Snake Splix drops you into an online board with other snake players. Try to cover as much of the board with your own snake color as you can, but watch out for the other snakes! We can help you become the number one snake with our Snake Splix cheats, tips and tricks strategy guide!

We’ll go over the rules of this version of Snake since the game doesn’t really explain them too well. When you jump into the game, you’ll see your snake and a bunch of boxes filled in with your color. 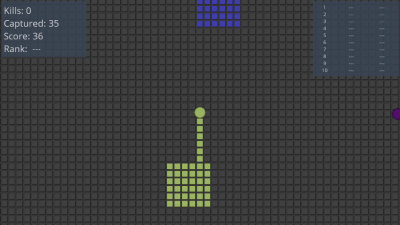 2. Watch out for your connecting line! 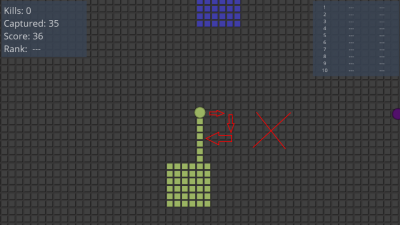 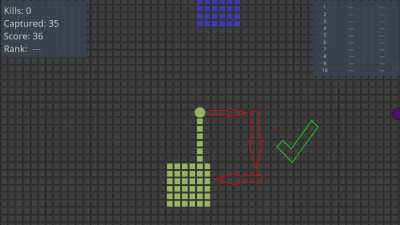 With that knowledge, you can also take advantage of this! If you see another player trying to make a box, quickly try to run into their connecting line. Doing it fast enough will take them out. If you’re too slow and they end up making a box, don’t worry, as you can still get them. Wait for them to make start another connecting line and try to run into it.

Now that you’ve got a firm grasp on the basic mechanics, we’ll share with you our best method of gaining new boxes. The best way to gain new ground is to advance slowly. Start small, and keep making small boxes onto your starting mass. Don’t try to make long stretches for giant boxes, as this leaves you very vulnerable to another player’s attack. Remember: all the need to do is ram head first into your connecting line, which is why making small lines is the best way to keep yourself safe.

4. Watch out for new players!

The game has a habit of spawning new players in near existing players. Don’t be surprised when you’ve covered quite a bit of ground on the board and suddenly a new player is dropped right onto the middle of your base. With that said, they usually pose little threat, but can make some annoying holes in your base. Take them out quickly, because sometimes they might trip you up!

That’s all for Snake Splix. If you’ve got any other tips or tricks to share, let us know in the comments below!