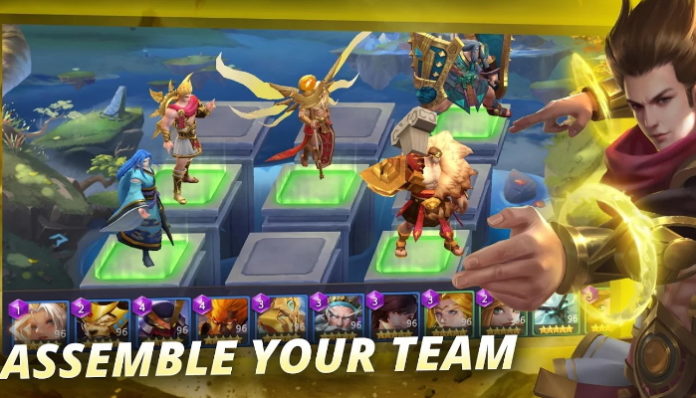 Somewhere in Egypt, dark forces are brewing. They plan to assault the realms of the Gods, and mortal worshipers are under attack. Your followers are calling… will you answer?

Smite Blitz is an all new action RPG based on the hit MOBA Smite by Hi-Rez Studios. Smite Blitz will feature all of your favorite Gods and heroes in a bite-sized RPG package. Instead of battling out in original game’s third person view, you will lead your Gods through a top-down tactical view.

Smite Blitz features over 60 Gods from the original game. Players can build a team and change their formation to their liking, whether you want to utilize He Bo’s crushing waves of water or Athena’s impervious shield, there is a hero for everyone!

Play through mini MOBA levels where your Gods will move and attack on their own. You can activate their powerful ultimates with a simple tap, provided you have enough mana. Amplify their stats with Star Runes, unlock their true potential with special items, and create the ultimate team.

When your team is ready, you can team up with other players to take on fearsome world bosses to have a chance at getting the best loot! Or, if you are feeling a little more competitive, you can challenge others in the various PvP modes.

Smite Blitz is scheduled to launch on November 1, 2019 on the App Store and Google Play Store.

Smite Blitz, an RPG Adaptation of the Popular MOBA, is Coming November