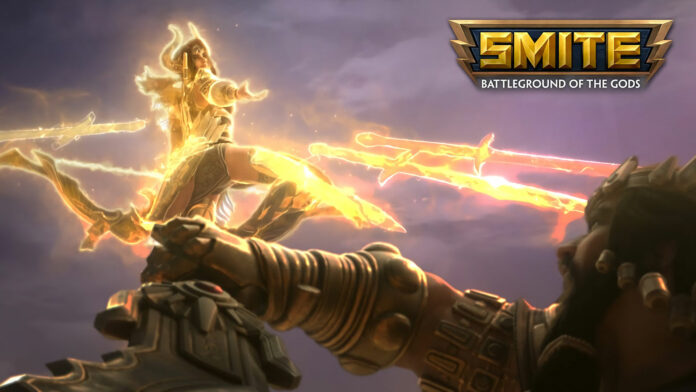 SMITE is an incredibly popular MOBA game available for PC and consoles. You must choose one of more than 100 different gods, and fight in an exciting 5v5 battle. Also, updates are regularly released in the game. And they change the balance of characters’ powers and add new events, features, and Skins. And in this guide, we will tell you about all the new Skins in SMITE 9.8 Update.

All New Skins in SMITE 9.8 Update

SMITE will release the 9.8 Update at the end of August under the name Love and War. And this update will bring a huge amount of new content to the game. Players will be able to take part in such cool events as Odyssey: The Soaring Isles Event and Community Celebration Calendar Event. For both, you can get a lot of cool rewards and even Skins.

Also, in the 9.8 Update, the developers will fix many bugs related to the general game and the Gods. Moreover, they will change the balance in the game, adding changes to many items and abilities of the Gods. Finally, SMITE is getting some cool new Skins. But since the Love and War Update is divided into two parts, some Skins will become available later.

As you can see, the 9.8 Update brings incredibly beautiful skins. We recommend that you don’t miss out on the Odyssey: The Soaring Isles Event as it will reward you with several of these Skins. And while you are here, take a look at our guide on how to Jungle.

All New Skins in SMITE 9.8 Update