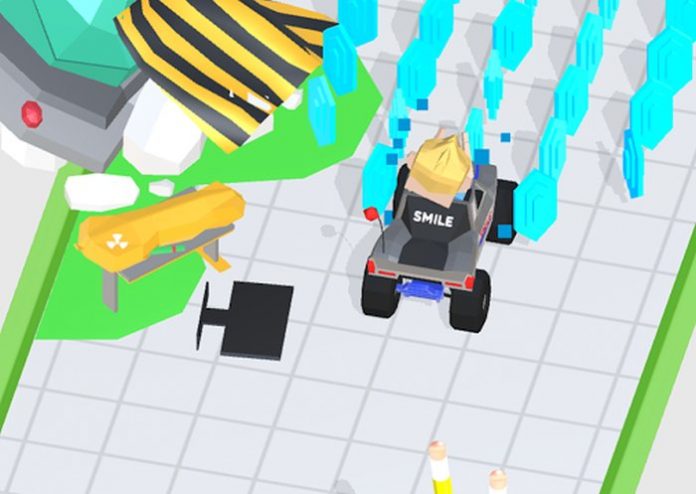 No prank here! Smile Inc, a game featuring YouTube celebrity Roman Atwood, has been launched on iOS and Android and the game means business. Literally. Apparently, the man himself decided to get a job, but it’s a jungle out there. With dangers everywhere and unexpected ways to die at each step, this endless runner is as fun as it is bloody. Exactly what fans (and not only) of Roman Atwood would expect. At least we had fun and we’re here to share with you some Smile Inc cheats and tips to help you unlock all characters, get a better high score and get the most out of this game.

So let’s not waste a single second! There’s a ton of characters waiting to get promoted in this fun game! Let’s check out below some Smile Inc tips and cheat to double the fun!

There are a gazillion characters (give or take a few) that you can unlock in Smile Inc, but the number of special moves they can perform is actually limited. We have Super Roll, Super Sneak, Super Jump and Double Down. These abilities are what should matter when you choose your character as they directly influence gameplay, so make sure you try them all out and decide which is the most helpful for your play style.

I personally played with a lot of success with a Super Sneak character and considered it the best possible ability, but the truth is that it gets a bit useless in later stages of the game when being able to quickly escape incoming dangers is more useful. So the Super Roll became my #1. Just play several games with a character having a different ability and see which one takes you the farthest: that’s the one you should be playing most often!

You can never have enough mystery boxes and every now and then the game will give you the option to watch an ad and unlock a mystery box. Make sure you take advantage of this, otherwise unlocking everything in the game will be a lot slower.

You can also watch ads after a great run to increase your chances of getting even farther. I would again recommend to do so, but don’t overdo it. There is a limit on the number of ads you can watch each day (seems to be decided by the region you’re playing), so you don’t want to risk it and run out of ads when you are on an amazing run. So only watch the ads for those runs when you really have a record to beat.

Coffee is considered great by many as it makes your character run faster. But there’s a big downside to it in my opinion: you can’t use your ability after drinking coffee. So at least have this in mind before deciding to grab that coffee and don’t let yourself be caught off guard by trying to activate an ability… it won’t work until the effect of the coffee is gone.

4. Learn how the obstacles work

They are scary, they are mean and they are certainly painful. The obstacles you have to face in Smile Inc make the game seem impossible early on, but pretty soon you will learn that they all follow some specific patterns. Try to learn these patterns, watch the signs (like them charging and showing red shades when they’re about to get activated) and it will be a lot easier for you to avoid them and keep on running.

Apart from these tips, all I can say is that you should play as much as possible. The more you play, the better you get at this game and more items and characters you unlock, although the unlocks themselves don’t change the gameplay too much, unfortunately.

Do you have other Smile Inc tips and tricks to share with us? Let us know by commenting below!