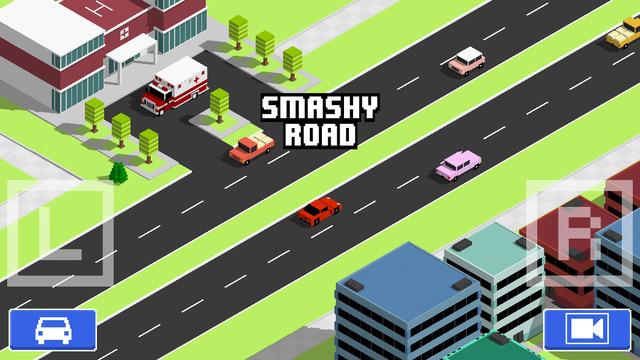 Smashy Road: Wanted is a chaotic spin on the popular “Crossy” franchise. Take control a vehicle and cause as much mayhem in the peaceful city as you can! Just be sure to dodge the cops – they’re out to bust you and they won’t stop for anything! We’ll help you smash everything in sight with our Smashy Road: Wanted cheats, tips and tricks strategy guide!

There are random cash drops scattered throughout the world. If you collect one of these you’ll earn one cash. We know it’s not much, but it’s the only way to gather cash aside from watching advertisement videos!

Your score goes up by one slowly over time. You can speed it up by – you guessed it – smashing everything in sight! Build up speed and run over fences, obstacles, parked cars, and more. If you’re going at maximum speed and collide with a car, you’ll make the car explode!!

The number of stars at the top of the screen equate to how bad the police want to stop you. At one star, a couple of cop cars will chase you. At two stars, more cars will show up. At three stars, police vans will join the chase and road blocks will be setup! At four stars, military Humvees can take your car out in one shot! Be careful, and pay attention to your stars.

We found out that the physics in this game are kind of funky! So, as we explained earlier, if you hit another car while going at full speed, you’ll destroy the car and gain a lot of points. This seems to work conversely, as well. If you’re being chased and both you and the cop car are going full speed, if you suddenly stop or hit an obstacle and the cop crashes into you, they’ll explode! This is a great way to scratch off chasers but be warned as it comes with a lot of risk. If you get sandwiched by other cars you’ll immediately get busted, so be careful!

If the heat is too much for you to handle, duck out of harm’s way! On the city map, there are pockets of big buildings condensed in tight spaces. This leaves room for only tight alleyways. If you can maneuver in and out of these alleyways, you’ll be guaranteed a swift getaway. Just be careful not to get stuck yourself!

The game starts you off with 100 cash, just enough to spin the roulette once. You’ll get a random car from this and they range from Common to Rare to Legendary. As far as we know, the cars do not offer any statistical difference – it’s all cosmetic, so don’t sweat it if you don’t get a rare car.

That’s all for Smashy Road: Wanted. If you have any other tips or tricks to share, leave a comment below! 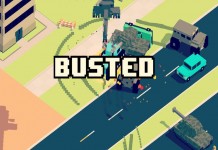 Smashy Road: Wanted – How to Unlock Rare and Legendary Cars