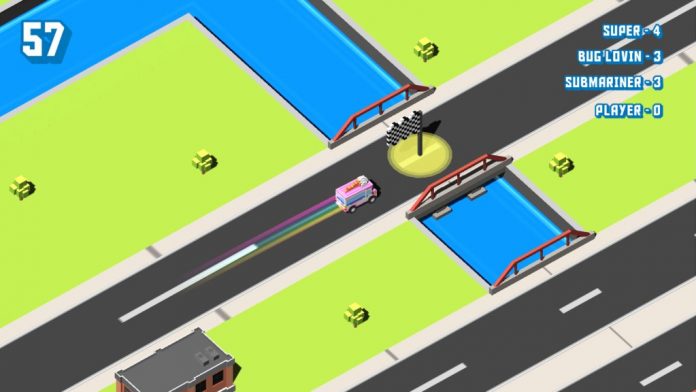 Smashy Cars.io aka Smashy Cars io or Multiplayer is a great blitz-type of racing game where you have to collect the flag and hold onto it for as long as possible, all while trying to dodge the opponent cars who try to steal it from you. This is an absolutely amazing and highly addictive game and we’re here to help make it better by sharing a bunch of Smashy Cars io cheats and tips, a complete strategy guide that will help you win all your races and unlock all cars as fast as possible.

If you have played the game, you already know that there’s mostly skill and pure chaos that make up this game, so not a lot of strategy is involved, but every little bit helps so let’s not waste a single second and instead let’s check out below Touch, Tap, Play’s Smashy Cars io cheats and tips!

1. How to change your name
I saw that most players I have played against have the default name – “Player” even though it’s extremely simple to change your name. In order to do so, all you have to do is to tap the settings icon in the upper left corner and tap the icon that displays your name. Voila! You can now have an unique name!

2. Get the fastest car
I found out that the easiest way to stick to the flag is to be the first one to get it. Therefore, make sure that you have a really fast car when playing – this is, in my opinion, the most important thing in the game: if you have a really fast car, many of the others won’t be able to catch you and you will be able to hold onto the flag for a long time. So each time you unlock a new car test it and make sure you always play with the fastest one if you’re serious about winning.

3. Stick to the flag
As I said, the easiest way to keep the flag for as long as possible is to be the first to get it – so make sure use the countdown timer before the race starts to see the direction in which the flag is (follow the arrow) and launch your car to that direction ASAP. If you have the fastest car as I recommended, you will surely by the first one to get it. As soon as you do, perform a 180 degrees turn which will usually confuse your opponents and keep on running. The key, in my opinion, are exactly these 180 degrees turns, especially when you get behind a house.

Keeping the flag is easier said than done so you will surely lose it eventually when another car hits you. If that happens, you need to take it back. Two things are extremely important here: going in reverse (press both sides of your display) and anticipating the moves of your opponent. If they’re heading to the left, for example, and you know there’s a house there, try to get a shortcut to the other side by going the other way. Anticipating their moves is the key to victory.

4. How to unlock all cars
If you keep playing the game, you will soon unlock all cars easily. You need 100 coins to unlock a new car in Smashy Cars.io and you get coins in the game in each mach equal to the number of seconds you managed to hold the flag (that’s why it’s important to keep it for as long as possible). You also get free gift boxes with random – but usually large – amounts of coins every several hours, so if you keep playing, you will soon have all cars unlocked. It will happen faster that in most games out there, especially if you are very active.

These would be our tips and tricks for Smashy Cars io. Do you have anything else to add? Let us know by sharing a comment below!