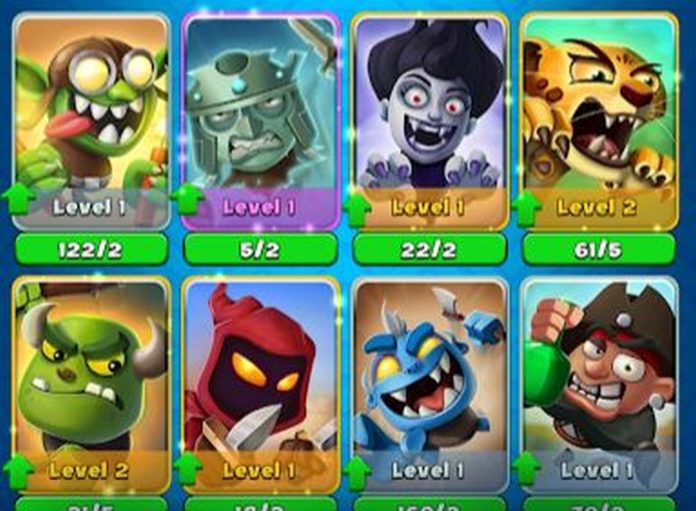 In today’s article we are going to show you our picks for the best Smashing Four tips and cheats to help you win all the matches and defeat as many opponents as possible, no matter their deck.

We are going to cover not only show you some really cool strategies to attack the enemies, but also some good formations to help you defend yourself and never let your heroes uncovered and vulnerable. 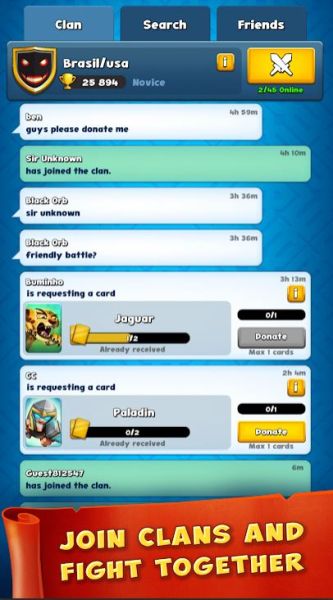 But enough with the chit chat! You’re here to become the best and learn all of the Smashing Four tips and tricks we have in store for you, right? Then let’s get right into it!

Upgrade your heroes whenever possible

You will gain several heroes from playing the stages and opening the boxes you get as rewards. Each stage has its own heroes that drop, and not all of them can be acquired from all the arenas. For example, the heroes you get from the 3rd arena aren’t the same as the ones you get from the 2nd arena. 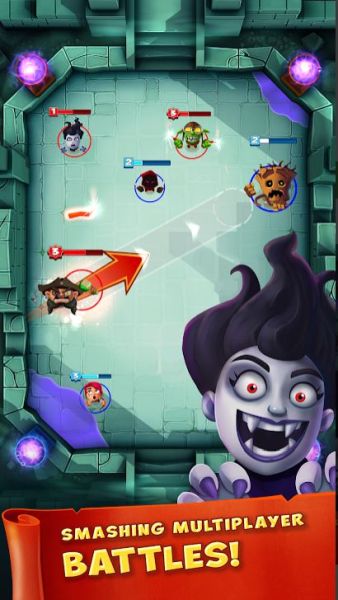 I suggest that you don’t dwell too much at start on which heroes you should use, as you don’t really have that many options anyway. Just upgrade the ones you got and do your best to win more fights and unlock other Arenas.

Get those Orbs (chests)

Whenever you finish a battle and you’ve won it, you will earn an Orb. There are 4 Orb slots that you can fill at all times, but remember: if you got them filled with boxes, you can’t open another one. So you will have to wait until the ones you have complete their opening timer and only after proceed to acquiring more Orbs.

They will each give a random hero, depending on which arena you got the Orb from. They can give rare heroes or slightly more… common ones. The common ones are pretty good because they can be upgraded pretty fast, whereas the rarer ones are more difficult to acquire. It’s pretty basic, but you need to know them. The main goal is to eliminate all of the enemy’s heroes, so you need to do that as quickly and swiftly as possible. Each player will get their own turn, and the more your heroes touch the opponent’s heroes, the more damage they input.

Therefore I suggest that it’s best if you try to place your characters in such a way that they can bump into each other multiple times during a round.

Complete Achievements for Gems and Gold

Always take a look at the possible Achievements in the top right corner of the screen. There you can consider them like “missions” and try to complete them in order to unlock more Gold and Gems as rewards. 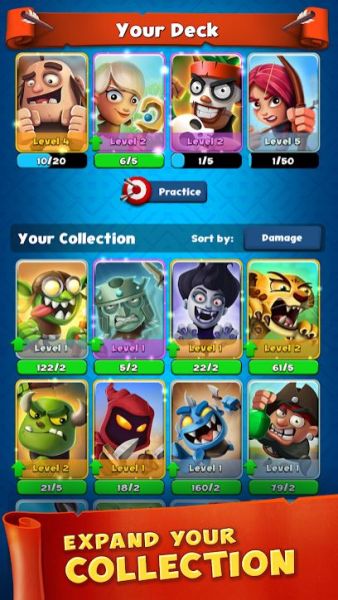 They are not that difficult to do, and they will be completed naturally if you keep playing – but still, take a look at them and see what they require because the sooner you complete them, the faster you get the Gems and Gold.

Pay attention to the heroes and their abilities

Whenever you get a new hero, take your time and learn what their skills do. There are 3 different types of heroes: Common, Rare and Epic. The Common ones unlock their ability at level 5, the Rare ones at level 3 and the Epic ones from level 1.

You level up a hero by collecting their card fragments and upgrading them. It’s not a big deal, especially for the Common ones, as I mentioned before. Just keep on playing and repeating the certain arenas that give the heroes you want, and you will unlock their skills faster than you might have thought possible!

Always check the abilities the heroes can unlock and think of strategies around them, because that way you will have a much easier time dealing with any opponent.

Another thing you need to do, is pay attention to the opponent’s level and heroes. It’s best if you learn all the skills of all heroes to always know what you are dealing with and how to counter it. 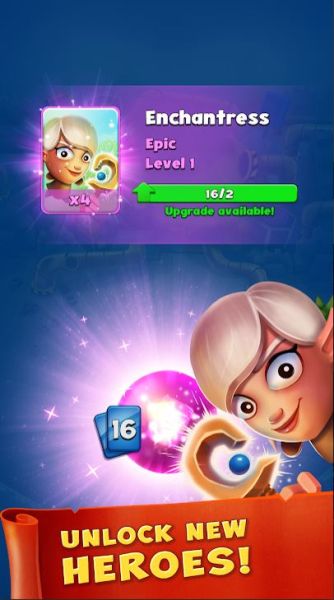 Another field we need to cover and is super important is the aim. You will have a guide line helping you with that in game, but you don’t really know where your heroes end up after hitting the opponent.

Use the training tool for this in game (practice) and keep on doing it until you have gathered some solid knowledge about the game and how it works. Learn where your heroes end up after hitting in certain spots and with certain speeds, as they all are factors which influence it. 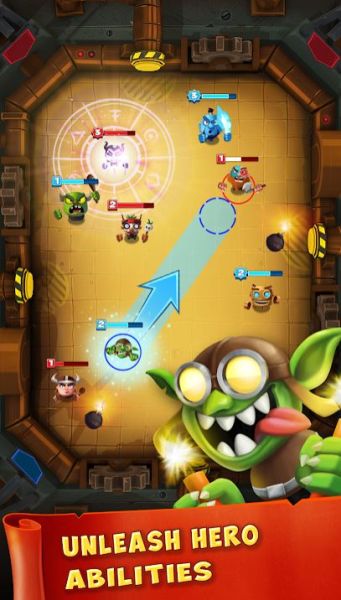 Join a good and active Clan

You will unlock this feature once you have gathered 200 Trophies. It is important that you take the time and join a good and active Clan, because it will greatly benefit you. If you don’t find anything good, just join any clan once you have the Trophies, and after you have improved your team a little more, look for a better one.

Every single day you will see new cards in the shop. Keep an eye out for some good Rare cards, and especially the ones that you already have acquired. If you spot them, buy them! It’s going to help you level them up much faster and you will greatly benefit from it.

Think ahead and use strategy

This game, even more than fun, is based on strategy. If you want to reach the top, then you want to use your brain to think ahead. Much like chess, it will make you have to take decisions regarding your heroes and their location. It’s best if you think ahead on the moves you and your opponent can make, and use them to make a strategy. For example, think of what you can do to make the opponent end up with his strongest hero between 3 of your heroes which can then bounce to destroy it in seconds.

Like I said, it’s all fun and games, but if you want to be actually good, you need to use your brain!

These would be all of the Smashing Four tips and tricks that we have for you right now. If you know some cool strategies and have some suggestions for fellow players, leave them down in the comments below!