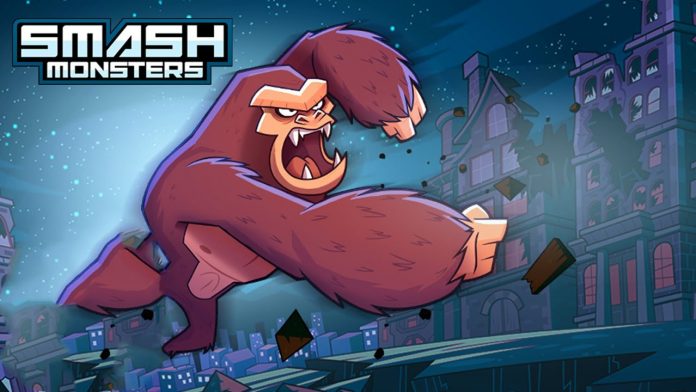 Ready to smash? Smash Monsters City Rampage is smashing new strategy RPG featuring rampaging monsters! You take the role of a SMASH Agent where you’ll be recruiting unstoppable monsters to take over the world. But watch out – other SMASH agents will be competing the glory, and they might even attack your own headquarters. In a similar vein to Clash of Clans, you’ll be raiding computer bases plus player bases. We’ll help you get the upper hand with our Smash Monsters City Rampage cheats, tips and tricks strategy guide!

You may have noticed this by now, but you don’t have to destroy every single building during a siege. At the top of the screen, there’s a yellow gauge that fills up every time you dish out damage. The more damage you do, the more it fills up. Once it reaches the segmented area near the right side of the gauge, any remaining buildings are automatically destroyed. This means that you can approach your battles in different ways.

Our initial approach was targeting the defense towers first. If you destroyed all the defense towers, what’s left to stop you? While this works very well for the first chapter of the game, the second chapter has much stronger towers with higher HP. At this point, depending on how powerful your monsters are, it may be more efficient to target the money buildings instead. They don’t have as much HP as the defense towers and as long as you can damage enough of them, you can fill up the meter pretty fast.

3. Mix and match elements in your base!

Don’t make it easy for any invaders! Try not to line up multiple buildings of the same element type in one row or column. You’re just asking for one powerful monsters to take out that entire row in just a couple of hits, causing a chain reaction to damage nearby buildings. Mix and match your elements, and never have any adjacent buildings with matching elements.

Unfortunately, as you can see, there aren’t many ways to earn free element x, the premium currency of the game. It’s troubling too because the rarity drop off in this game is very noticeable – low ranked monsters, no matter how many blobs you feed them, will be destroyed very quickly against the later levels and tougher players. As always, save up for the most expensive back, the Gigabyte Creator, which costs a whopping 500 element x. Alternatively, you can also use the easier to get currency Power Stones to get specific monsters that change every couple of hours. You can get some easy Epic rarity monsters from this.

Since the game is still new, there’s a special “New Agent Blob Bundle” available for you to collect every 8 hours for a week. This bundle contains some power up blobs you can feed to your monsters, and you get seven blobs of each element! This is incredibly helpful so make sure you collect them as soon as a bundle is ready.

That’s all for Smash Monsters City Rampage. If you have any other tips or tricks to share, leave a comment below!