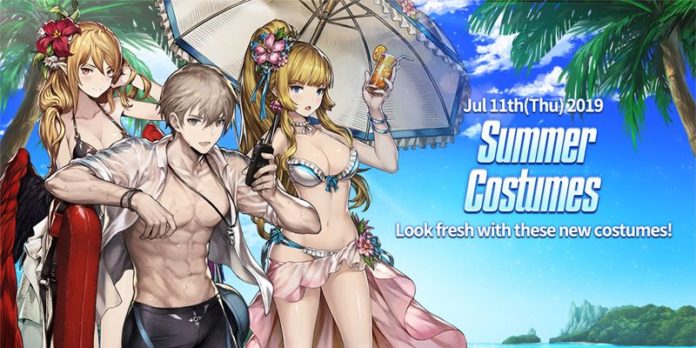 Neowiz’s smash-hit strategy RPG Brown Dust has seen plenty of fresh content since its initial launch on iOS and Android. Its latest update is the game’s biggest yet, adding an exciting, fan-requested feature: Companions.

For those not in the know, Brown Dust is a strategic auto-battler where you’re tasked with optimising your Mercenary layout and turn orders. It’s easy to pick up but difficult to master, with high-end play demanding perfectly formulated teams.

With Brown Dust’s latest update, you’ll now be able to recruit a varied selection of Companions. The Companion units are each bonded to a unique Mercenary and are obtainable through standard recruitment methods.

Their main function is to boost the Skill Level Cap of their assigned Mercenary from +10 to +15 – a huge upgrade. As the companion continues to grow in power, their appearance will change; and you’ll also uncover tidbits of lore and backstory info depending on their level.

And by using the game’s Fate system, you can obtain the initial Companion for each Mercenary without the need for Scrolls or Diamonds. The addition of Companions will shift the current meta, putting a fresh spin on things in the best way possible.

On top of that, Neowiz has listened to player feedback and will be increasing pull rates for both Mercenaries and Companions, and you can expect to see new characters being added regularly. Chance-Up Banners will also now guarantee a 5-star Companion after you’ve made a predetermined number of attempts.

In celebration of the 500-day anniversary since the global launch of Brown Dust, during July and August, those competing in the game’s Event Missions can exchange materials for up to three new Companions and earn log-in rewards such as a free 5-star Mercenary. And, starting July 18th, any player who logs in on any server will receive a random 5-star Mercenary, Diamonds, and more.

If you haven’t yet given it a go, you’ll find Brown Dust available for download over on the App Store and Google Play.