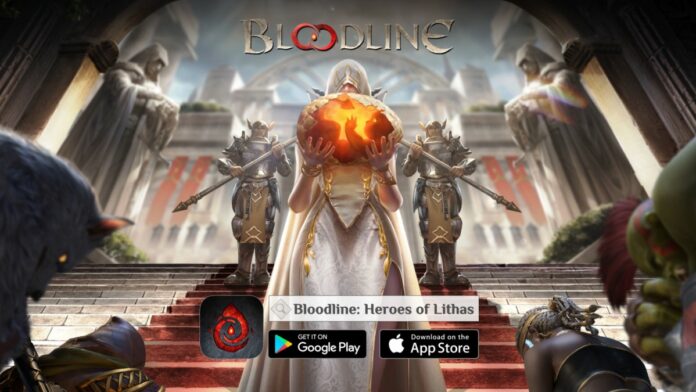 This article is sponsored by Bloodline: Heroes of Lithas

The smash hit gacha RPG Bloodline: Heroes of Lithas is on its way to Europe, with pre-registration now open across iOS and Android.

Its doors first opened on June 23, when it launched in select territories including the US, UK, Australia, and New Zealand, and took the mobile charts by storm.

Across both the App Store and Google Play, Bloodline: Heroes of Lithas managed to make the top ten charts – an impressive achievement.

Haven’t heard of it? Well, it’s a free-to-play RPG that takes place in a fantasy world. The focus is on collecting, and marrying, a wide variety of heroes.

This involves taking two powerful heroes and combining them to create a new hero that inherits the skills and abilities of its parents. You can do this over numerous generations to create the ultimate team.

Why? So you can participate in a selection of combat scenarios that play out in stunning 3D. In fact, the artwork in particular is particularly noteworthy thanks to its combination of 3D gameplay and western fantasy-style illustrations.

If you’re the sort of gamer that likes to play while busy on-the-go, you’ll be pleased to learn that you can play Bloodline: Heroes of Lithas with a single hand, which is perfect while commuting on a busy train or bus.

So why not head on over to the App Store or Google Play now and pre-register Bloodline: Heroes of Lithas ahead of its launch on September 21 – just click here.