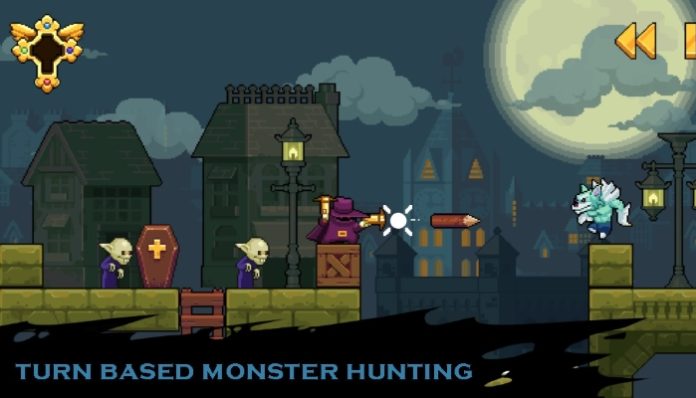 Long ago, a tyrannical ruler of Egypt was buried and sealed away so that his dark powers would never come to light again. The moon has crossed the astral alignments, and now the evil Mummy King has been revived! You must don the cloak once again in Turn Undead 2: Monster Hunter.

As a sequel to the original game, you will play as the titular monster hunter as he travels from Victorian London all the way to the dusty dunes of Egypt. The Mummy King has awoken, and his army of grotesque monsters have followed him suit!

Just like the first game, Turn Undead 2: Monster Hunter is a turn-based action platformer. And by that, we mean this game plays like one of those classic PC roguelikes where things only move when YOU move. This in turn creates some rather interesting mechanics, including the fact that even your bullets are affected by this, and only move when you do.

With time under your control, you must plan your every move as you go up against the creatures of the night. As your weapons travel across the screen, you can bounce them around using angled walls. You will also need to utilize your weapons and the turn mechanic to solve certain puzzles.

With simple swipe controls and a hauntingly chilling theme, Turn Undead 2: Monster Hunter is the perfect game for Halloween. Grab the game now for free from the App Store and Google Play Store!