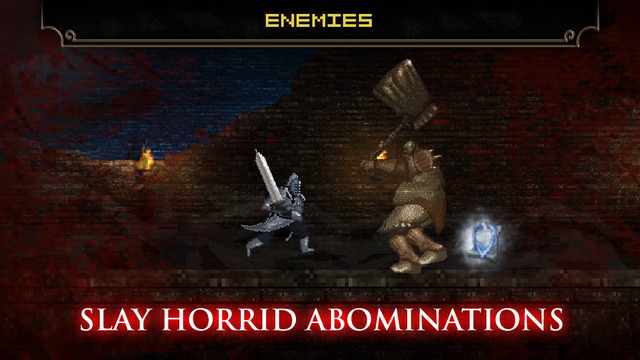 To celebrate the upcoming release of the much anticipated Dark Souls III, Namco Bandai has created an endless runner themed after the Dark Souls games. Slashy Souls is a – as expected – endless runner with a bunch of slashy action! Run through worlds and fight monsters inspired by the game. Watch out though, this game is as tough as the original games! We’ll help you survive the onslaught with our Slashy Souls cheats, tips and tricks strategy guide!

Since the game kind of throws you straight into the action, here are the possible actions we’ve discovered:

Spells in the Souls universe are classified into different types. Here are the kinds you can find in Slashy Souls:

Keep in mind that since they’re all from different schools of magic, you can hold one of each. If you’re about to run into an extra spell, be sure to immediately use the spell it’s going to replace so you don’t waste it.

3. Use rolls for defensive maneuvers!

As mentioned above, you can swipe left or right to make your character roll in that direction. Rolling is incredibly useful for evading attacks quickly, as blocking takes some time. Rolling should be your main method of defense, so try to get used to it. Be careful, though. There’s a dark fog creeping up behind you the entire time, so don’t roll back too far otherwise you’ll roll right into the fog!

There are various pick ups for you to collect along the way. Those little yellow orbs are souls, and picking them up will give you a couple points. The shinier looking ones will grants you even more points. More important, there are little yellow flasks strewn about the levels. These are Estus Flasks, and they will restore your health. These are great to get yourself back into the action quicker, so be on the look out!

5. Be defensive in a pinch!

It’s not very noticeable, but your health slowly regenerates over time. And we mean slowly. If you need to, block and play defensively for a bit to get some health back. Alternatively, you can risk it and keep going, hoping for an estus flask to spawn. Just make sure not to stay in one spot for too long, as the fog will catch up to you very quickly.

The most common enemy is the undead soldier. These guys will approach you with their shield up. This isn’t normally enough to stop an attack from you, but sometimes they can get a successful block in. If you jump and attack, your character will perform a jumping slash. This is great for bypassing their shields.

That’s all for Slashy Souls. If you have any other slashy tips or tricks, let us know in the comments below! 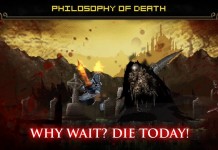