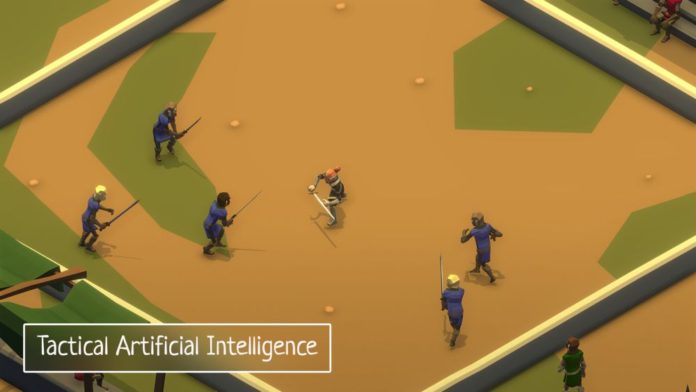 Visit the arena in Slash of Sword and prove your might against several enemies that have just one goal in mind: to defeat you. But we’re here to make sure that’s not going to happen, by sharing some Slash of Sword cheats and tips with you in a complete strategy guide.

The game itself looks absolutely beautiful and the gameplay is simple and nice, yet difficult to master. But we’re here to help you with everything there is to know in order to master the game, get the best swords and equipment and keep on winning, no matter how many enemies you’re facing in the arena.

So without further ado, let’s check out below some Slash of Sword cheats and tips in our complete strategy guide!

Keep an eye on your energy
Your energy bar is extremely important, because it is energy that you need in order to perform attacks. So always keep an eye on that meter and move away from your opponents (jumping will do it just fine) when it’s close to zero, then wait for it to refill while you’re on the defense.

You don’t really have to always keep an eye on it, as you will get an on-screen notice when it drains, but it doesn’t hurt to be prepared for that moment so it doesn’t catch you in the middle of an enemy horde. 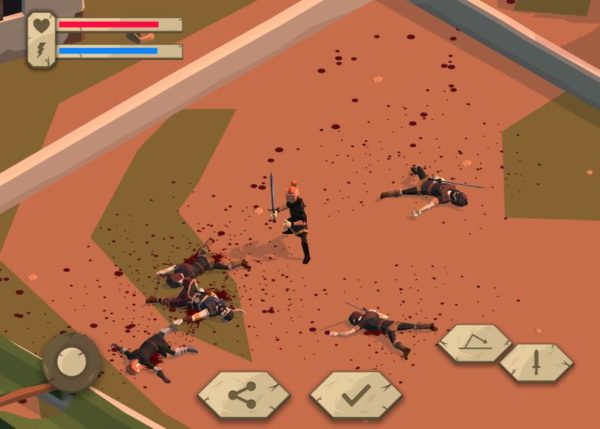 This makes everything a lot easier and gives your enemies little time to actually group and create a strategy to surround you and put you in deep trouble. Just go head first into battle, slash often and you’ll most likely end up with several enemies destroyed after just a few slashes.

Keep on moving & aim
You can aim when the attack animation is taking place and you should actually do that in order to make sure that you hit your enemies and don’t waste energy on empty attacks.

Keep on moving at all times, aiming at the closest enemy – or, even better, a group of enemies – and always try to attack three times in a row in order to launch the combo which does even more damage overall.

Buy weapons first, armor second
There are just two types of equipment that you can purchase from the merchants in order to improve your stats: weapons (which increase the damage dealt) and Armor (which increases your health). My recommendation would be to go for the weapons first because you need to deal damage fast in order to get rid of the enemies and, based on my own experience, it’s better to deal more damage than just be able to withstand more.

Watch ads to increase your stats
Before each battle, you can watch a video add by tapping the button in the bottom right corner. This will give you a boost to one of your skills and it’s extremely useful when you’re dealing with bosses or otherwise very difficult arena battles.

What skills to increase first
Every time you level up, you earn a skill point that can be used to increase your attack, health or energy. Again, I would focus on upgrading the health last and instead go for attack and energy instead. Remember that you can only increase your energy meter by spending skill points and not by buying items from the store, so if you want more of that – for longer attack times, that’s the only way to do it.

You also have the chance to watch a video and get a free skill point – do that as often as possible because these skill points are here to stay and extremely useful in the long run.

Easy vs. Difficult battles
I see no reason for you to change areas and go for the difficult battles too soon. Apart from the fact that they are indeed a bit more challenging, there’s nothing different about them and even the rewards seem to be low.

So my advice would be to play the easy battles until you hit a wall, then go for the difficult ones until you hit the wall there and keep on doing this, alternating between the two different types of battles and getting better equipment in the process.

These would be, for now, our Slash of Sword tips and tricks for fellow players. If you have any other strategies to share with us, don’t hesitate to do so by commenting below.