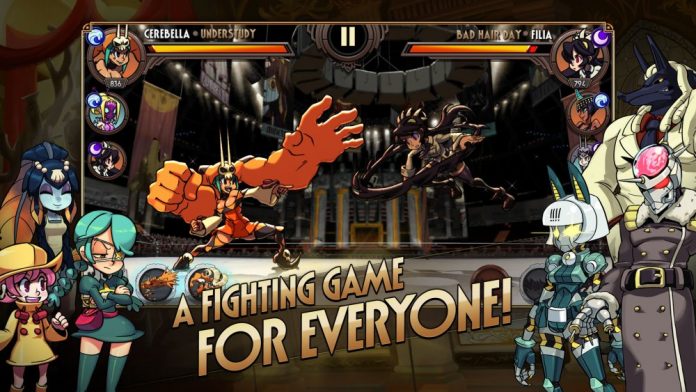 The mobile version of the highly popular fighting game SkullGirls has just been launched on mobile. The worldwide release brings a lot of players to the game and we’re here to help make the experience as pleasant as possible.

Also, our Skullgirls cheats and tips will help you unlock more characters, win more fights and generally do a lot better in the game than your competition.

So if you want a head start in battle, make sure that you read our Skullgirls tips and tricks below. Even if you are an advanced player, you can still read our guide as there might be a thing or two you might’ve missed.

Skullgirls comes with new things compared to other fighting games – the combat effects. These are triggered during battles and can be permanent or limited. They can grand either bonuses or penalties to your fighters (or enemy fighters). Here are the effects:

Important: Tagging out removes all buffs and debuffs! Have this in mind and use it to your own advantage!

Each day, you get three missions that you can easily complete if you are a little active in the game. Make it your daily goal to complete these missions as your overall progress through the game will be a lot easier if you do. Plus it’s more fun!

How to unlock more characters

Unlocking more characters is definitely your main concern. With so many fighters available in the game, you want to get them all and as fast as possible.

Unfortunately, unless you’re ready to pay a bit of real life money for them, unlocking all characters requires quite a bit of grinding and playing. But here is how you can get them all:

– Complete story missions and you will unlock quite a few extra characters and the further you get, the more and better fighters you will receive.

– Special events: new events are released regularly and, based on your performance, you will get the chance to get more or fewer extra characters and relics.

It’s extremely important to try and perform as well as possible in the events because the higher you rank, the better. Plus, for reaching specific milestones, you get rewarded with even more goodies along the way!

– Unlocking Relics: These cost premium currency, but playing the game and especially completing the daily missions will reward you with a few to start with. Spend the gems when you have them on opening Relics or buy some premium currency with real life money and get the 10 pack which rewards you with one free Relic.

Evolving existing characters is just as important as getting new ones – if not more important!

Characters that you spend time to evolve (level up, unlock new skills and so on) perform better in fights and make your life a lot easier overall. There are three areas you should focus on and I’m talking about each below:

Skill tree: You constantly get skill points that you can invest in unlocking skills for your fighters. Getting to the more advanced areas requires special keys, so it’s really important to plan your moves ahead because unlocking all skills is not an option. Resetting the skill points you have invested is not an option either, so make sure you choose the best for your fighters and play style.

I personally prefer to invest a bit in Health first, then Attack Damage and the plan is to try and get the Character Abilities as far as possible afterwards. I am not 100% sure this is the best approach, but it’s working great so far.

Power Up & Evolve: You can sacrifice existing characters to level up your fighters faster, but I don’t really think that should be considered a real option for quite some time.

However, Evolving your characters is extremely important: you need a few of the same type in order to be allowed to Evolve them, but an evolved character is a LOT better than the previous type.

When evolving, the stats of your character might drop, but things will change quickly and your new character will definitely end up a lot stronger than its un-evolved version.

Equip Moves: There are lots of moves that you can collect while playing, and you can equip them to the right characters. Make sure you equip moves as soon as you unlock them and always keep an eye on them to see if a better one was found. You can equip and unequip moves for free as long as you have slots or moves to do so.

Now that you have everything sorted out – or at least a bit clearer, it’s time to start winning those fights! Skill obviously plays a huge role here, but there are other things that matter.

Take our combat tips and tricks into account when fighting, and you might have a way easier job that you would normally have at winning all your battles.

Auto fight: Although pro players will probably frown upon this, I found out that enabling auto fight actually makes everything a lot easier. With auto fight enabled, you still have some control over your fighter in the most important areas: blocking and unleashing special attacks, as well as tagging other players in.

So it’s a lot less work for you, while focusing on what matters. Just give it a try and you will see that auto fighting makes things a lot easier!

Character types: These are also extremely important, as fighters of a certain element are better against other types and weak against a third type. Following rock-paper-scissors mechanics, this makes it easier for you to win battles if you tag in the correct type of character at the right time.

Tip: Tag in a character that has an element bonus immediately after the opponent has tagged in theirs to make sure that you take advantage of the boost for longer.

You have to keep practicing and learn the pros and cons of each fighter you have. Find the ones you like playing with the most and focus on making them better. But practice makes perfect when it comes to fighting in Skullgirls, so make sure you get a lot of that!

These would be, for now, our tips and tricks for fellow Skullgirls players. More advanced guides will be published soon, but until then, if you have some tips of your own to share with the community, don’t hesitate to do so! 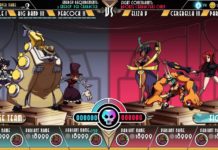