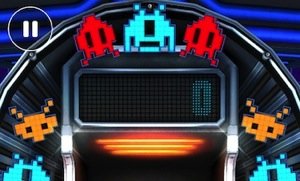 Skee Ball Arcade is the new power app that has taken the world by storm and we are here to share with you a set of Skee Ball Arcade cheats and tips in order to help you get the most out of your game and win match after match. Of course, it won’t be an easy job and most of the outcome still depends on you and your skill, but hopefully some strategy will help you get better in the end. So let’s check out below our set of Skee Ball Arcade tips and tricks for the iPhone and iPad app, and let’s hope that you’ll get better than your friends, at least!

1. Learn to score the 100s in the basic table
You will play a lot on the default table and you should really learn to hit the 100 shot. It’s pretty easy and with some practice, you will always make it: simply swipe quickly on the left or right side of the board and you will make it. It’s a must learn to hit the streaks and get huge scores.

2. Bonus lanes are not always the best option
Hitting a x3 bonus on a 20 point ball is not as good as hitting a simple 100, so always consider what the best option for you really is, and don’t fall for what seems to be better. Also, consider risk versus reward: if a shot is too risky and you’d lose more than you would if you’d make a simple shot, then don’t take it!

3. Added bonuses for the win
If you launch a ball on a bonus line and it lands on a bonus hole, these bonuses add up and the result is pretty impressive. Try to hit these combos as often as possible.

4. Always go for the bonus holes
The ones that give you extra balls at the minigame at the end are the most useful. However, they are sometimes paired with a hole that’s really difficult to hit. Try to hit the other bonus hole in this case – when you do, they will change positions. Also, they change positions every three balls that you throw, so make sure you get them in time and plan accordingly.

5. Don’t ignore the minigames
You can score a few easy thousand points in minigames at the end, and the more balls you have for them, the better. Spend some time to learn each minigame for each table, learn the patterns (because there is always one) and go for the high score. Here it would be a good idea to go for the bonus lanes too.

6. Go for power-ups
Each table has its own set of power-ups and some are better than the other. For the default table, for example, the 4x bonus late is pretty useless, while the three balls power-up in the Space Invaders table is pure gold. Either way, there is usually a big benefit if you have some skills from using a power-up, so if you really want to go for big high scores, use them. Ideally, use them in Tourneys because that’s where the prizes are, even though it’s really tempting to use all your money to totally own a friend.

7. Participate in tournaments
A really easy way for you to get extra tokens and win big, but don’t expect to be too successful from start. Take part in tournaments – the free entry ones at first – until you get the hang of the tables and the controls, and only afterwards use your tournament passes in a row to try and become number 1.

8. Start as many games as possible
No matter if you win or lose, the more you play, the better you get and the more tokens you win. And since you need a ton of those to unlock new tables (which really bring in new strategies), the answer is to play as often as possible.

9. Practice, practice, practice
Just like in any sport, Skee Ball Arcade for iOS requires you to practice a lot. Fortunately, it’s really fun to do it so don’t hesitate to spend any time you might have playing and getting better and better.

And these would be our tips and tricks for getting better at Skee Ball Arcade. Do you have any other advice? Let us know by commenting below! 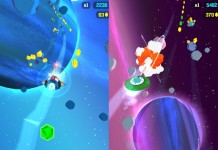 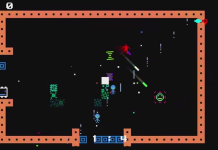