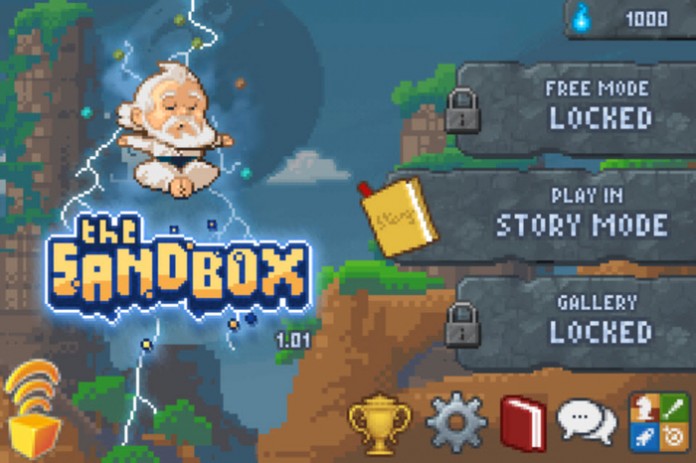 The unique simulation game Sandbox has received a new free update, introducing some new features that fan of the game will surely appreciate.

The Sandbox is a unique game based almost entirely on the laws of physics. Thanks to the many elements at your disposal, you will be able to create some beautiful worlds. The game’s missions involve multiple tasks, ranging from using water and sand to make mud to more challenging tasks like creating an electric circuit.

The new setting, combined with the pixel art graphical style of the game, make the new stages incredibly funny. And if these robots are giving you a hard time, some magical powder should improve their behaviors.

The alien enemies also behave differently from other creatures found in the game since they love to fly around and dispense destruction on your world. The Robopocalypse update also includes some new fireworks that can be used to change the appearance of your creatures.

The Robopocalypse update is now available for download for free on the App Store. The game can be played on both iPhone and iPad.

If you want to know what awaits you in the update before downloading, you can check out a brand new video right below. It’s just as funny as the rest of the contents found in the update.

Simulation Game The Sandbox Has Received A New Update